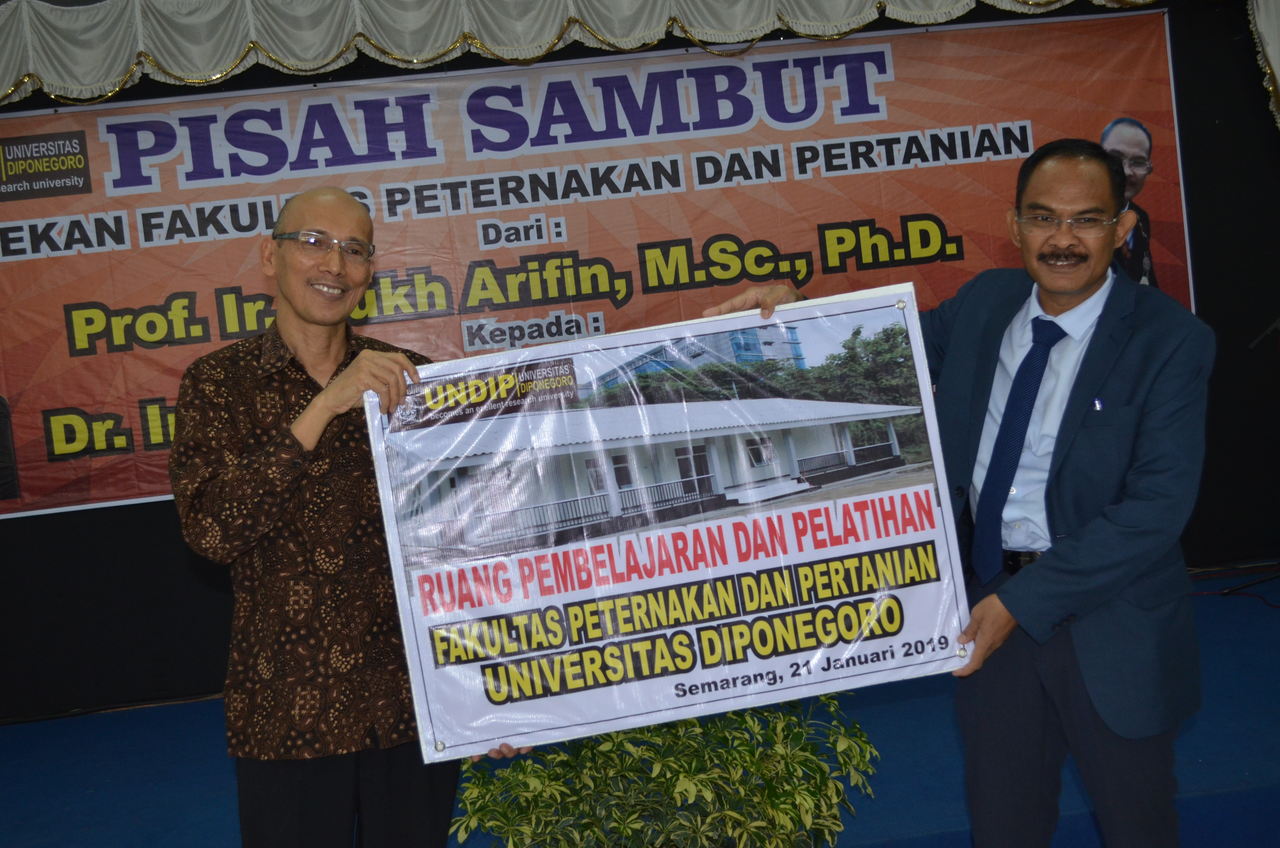 On Monday, January 21, 2019 there was a Farewell and Welcome Reception for the Dean of FPP 2015-2019 Prof. Moch Arifin which will be replaced by Dr.Ir Bambang Waluyo Hadi Eko Prasetiyono as the new Dean for 2019-2024 held in multipurpose room of the Faculty of Animal Science and Agricultural Science (FPP) Undip.

In his speech, Prof. Moch Arifin expressed his gratitude to the entire academic community in FPP who helped him during his term of office and apologized if there were mistakes during his tenure.

Meanwhile, Dr.Ir Bambang Waluyo Hadi Eko Prasetiyono in his speech explained that in the future it would be very difficult to lead the FPP Undip because Prof. Arifin inherited a very good achievements during his lead, hopefully I can continue his program. He said.

Bambang added that Undip’s current status as PTNBH is of course becomes a challenging task waiting for us allin order to maintain the PTNBH towards World Class University for this campus and for that I hope for the support of the entire academic community in FPP Undip.

With this event takes place, it is expected that the transition period from the old Dean to the Dean will run smoothly so that the achievements and performance of FPP Undip Academic Community will keep improving in the future.