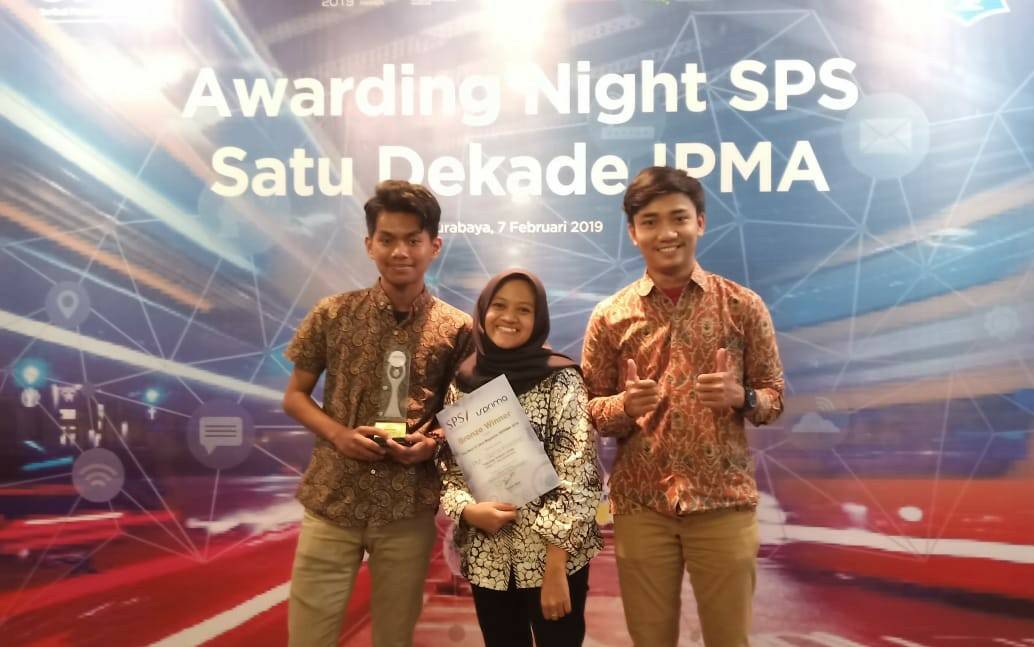 On Thursday (7/2), the Student Press Institute Gema Keadilan of the Law Faculty of Diponegoro University (GPM Undip LPM) won the Bronze Winner award at the 8th Indonesian Student Print Media Awards (ISPRIMA) in Surabaya. The award was achieved in the category of The Best Of Java Magazine based on the judges’ assessment appointed by the Press Company Union (SPS) consisting of various national media and the National Press Council.

The event was attended by Rudiantara as Minister of Communication and Information of the Republic of Indonesia, Risma harini (Mayor of Surabaya), Dahlan Iskan as the founder of SPS, Members of the Press Council and other figures who were members of SPS.

Dean of the Faculty of Law of Undip Prof. Dr. RetnoSaraswati, SH, M.Hum welcomes and is pleased with the election of LPM Gema Keadilan FH UNDIP in the ISPRIMA 2019 event, “The award can encourage our students (LPM Gema Keadilan) to always excel and work in the future, for example, by consistently publishing online magazines, bulletins and journals on time, “she said.

Similar thing was expressed by Undip Deputy Dean of Faculty of Law Solechan, S.H., M.Hum. It was a pride for Undip Law Faculty considering that LPM Gema Keadilan had won several awards, namely in 2016 and 2019 in, “he said.

Solechan added that the achievements of credible institutions like this should be appreciated, and make the Faculty of Law Undip the best faculty in the field of student activities, “he concluded.