Presenting the Best Campus in Batang 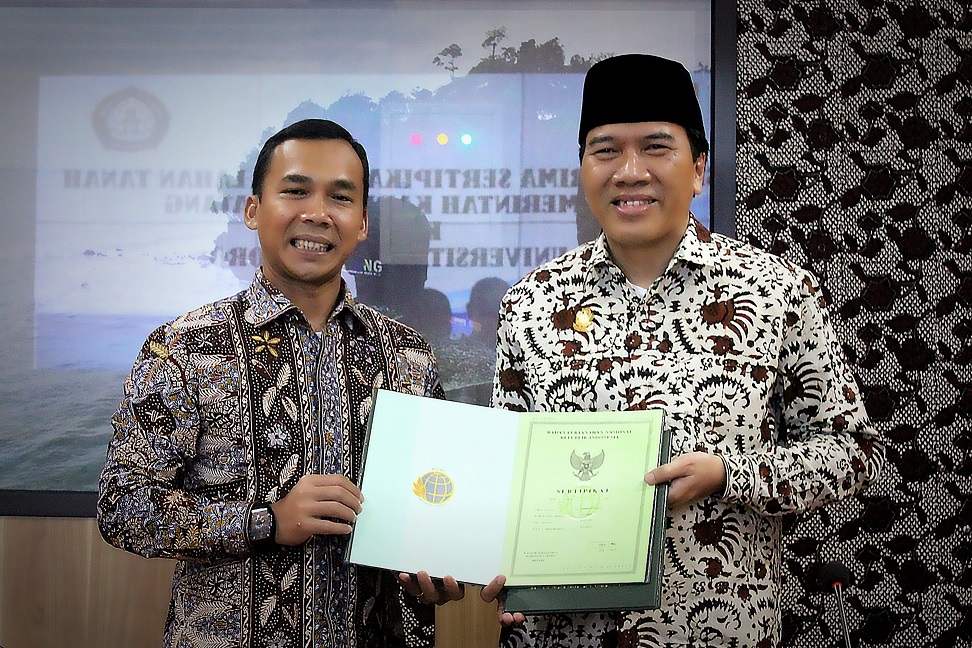 The condition of the Batang district, which is a combination of coastal areas, lowlands and mountains, supports Batang’s potential for the development of agroindustry, agrotourism and agribusiness.

The attractiveness and potential of nature and the resources that are available caught an interest from Diponegoro University to present world-class universities in Batang. For that, Undip opened a Study Program Outside the Main Campus (PSDKU-Undip) in several regions, one of which will be in Batang.

Currently, the PSDKU-Undip campus in Batang occupies an Ex-building of Batang Agriculture Office, Batang City, which is located in Dr. Wachidin no. 56.03 Kauman Kec. Batang Kab. Batang. The available study program consists of D-3 Tax Administration and D-3 Public Relations where the pattern of new student admissions is through the PSDKU Independent Exam Selection for vocational program which is currently entering its second year.

There is decent amount of public interest in going to college through the PSDKU-Undip program, the Batang District Government enthusiastically entrust to Undip to develop and improve the education quality of the surrounding community by giving grants of land to builda campus.

Just recently the handover ceremony for the land certificate from the Batang District Government to Diponegoro University was held. The handover was handed by the Regent of Batang, H. Wihaji, S.Ag., M.Pd. for the Undip Rector, Prof. Dr. Yos Johan Utama, SH., M. Hum. in Batang District office, Monday (8/7).

In his remarks, Undip Rector Prof. Yos expressed his gratitude for being trusted and given the mandate to advance the quality of education and community by building a campus in the location of Tumbrep village in Bandar sub-district with 9.4 hectares of land.

Furthermore, Prof. Yos conveyed, “Undip have put an effort to bring world-class universities to improve the quality of human resources and improve the quality of education. Considering that Undip is the number 3 favorite for the SBMPTN from 122 PTNs in Indonesia, especially those majoring in dentistry. Undip is also the number 5 best university in Indonesia “. Furthermore, Prof. Yos said that, “Undip has prepared budget and image design for the establishment of the campus so that it is expected that next year the building construction will begin”.

In line with the Undip Rector, the Regent of Batang H. Wihaji, S.Ag., M.Pd. also said that the campus could be immediately built to improve the quality of education, community and regional potential. “There are 3 (three) land certificates granted in accordance with the regulations and approval of the DPRD, thus hopefully it will bring goodness,” he said.

At the Certificate Handover there were alsopresent the Deputy Regent of Batang, Secretary, Head of Bapelitbang, Head of BPKPAD, Head of BPN and personnel of Batang District Government. (Ut-Humas).