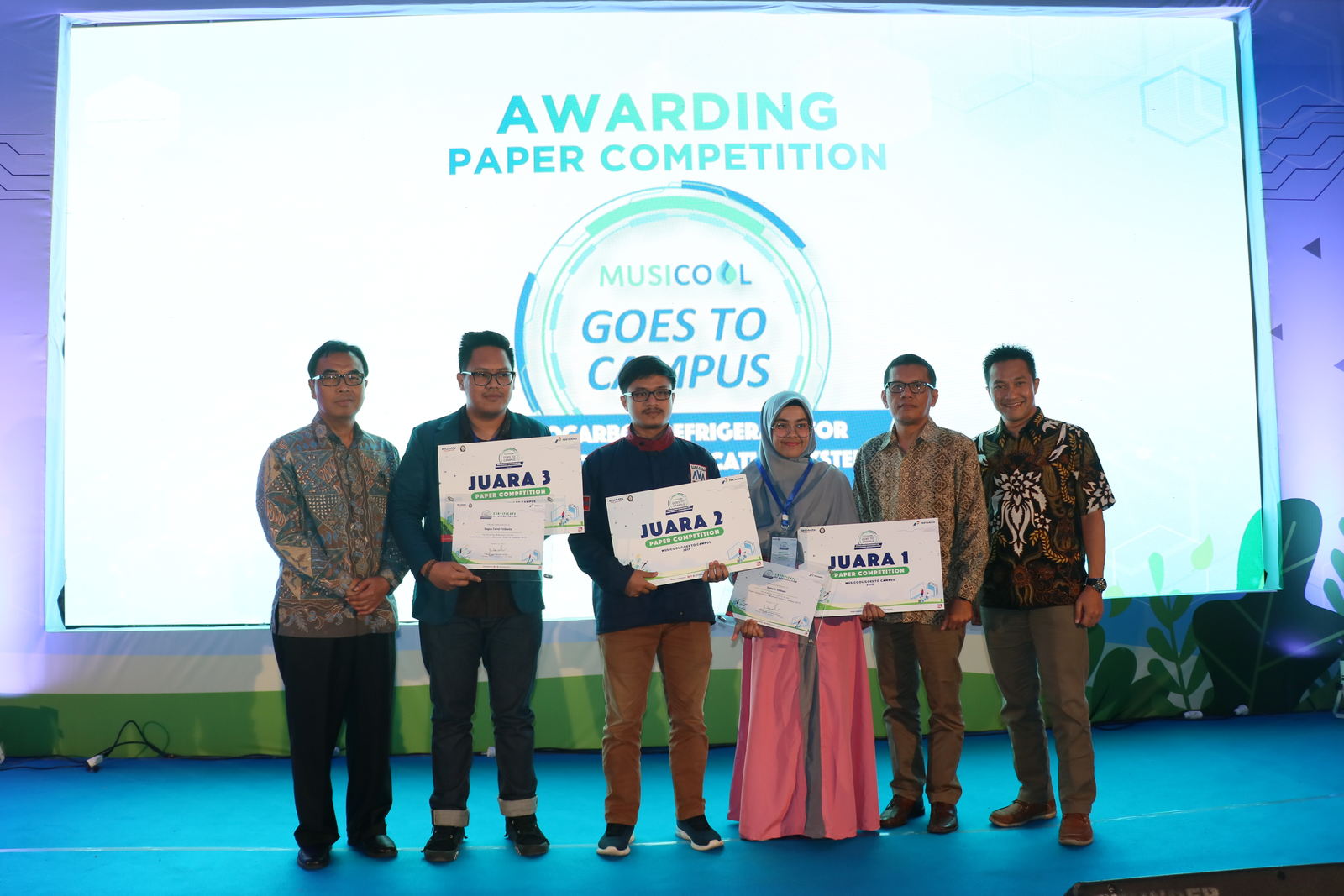 Diponegoro University was honored to host the Musicool Goes to Campus event which was held on Wednesday (11/27) at the ICT building on the 5th floor of the Undip campus Tembalang.

The event was opened by the Vice Rector of Research and Innovation Prof. Dr. Ir. Ambariyanto, M.Sc. representing the Undip Rector. In his remarks, Prof. Ambariyanto said three things, “that first, life now is inseparable from refrigerant where almost every house has air conditioning, on the bus there is also ac and other facilities equipped with air conditioner. The second relates to environmental issues where musicool has the advantage of not damaging ozone, not causing greenhouse effect and saving energy that supports sustainable university programs. Third, Undip supports this program because it spurs students to be creative and write ideas and innovations in paper “.

The Musicool Goes to Campus event which was held at Undip was the second time it was being held. Previously, the first Musicool Goes to Campus was held at UI Jakarta with the first prize winner being the Undip student team. The event was in collaboration with PT Pertamina, which produced musicool since 2005. In his remarks, Mr. Herdi Surya Herdian as the Region Manger Retail Sales IV of PT Pertamina explained, “that in order to increase awareness and introduce musicool environmentally friendly refrigerants to a wide audience, especially students, Pertamina held a series of paper events and competition intended for students and AC technicians who were educated in Musicool Goes to Campus ”.

Meanwhile, as the Chair of the Organizing Committee, MSK Tony Suryo Utomo, Ph.D. reported that, “the purpose of the Musicool Goes to Campus event was to invite students and the public to get to know environmentally friendly refrigerates and stimulate students to write papers about environmentally friendly refrigerants. The competition was joined by approximately 45 teams consisting of students and AC technicians.

The Musicool Goes to Campus event, which was assembled with a seminar on the theme of Hydrocarbon Refrigerant for Green Cooling Application System with the highlight of the announcement of the winners of the paper competition, is also presenting the Director of EBTKE Energy Conservation the Ministry of Energy and Mineral Resources, BdR. Ir. Haryanto, MT as the keynote speaker. Then Dr. Ir. Windy Hermawan Mitrakusuma, MT from State Polytechnic of Bandung, Deddy Rachmat from the Indonesian Hydrocarbon Refrigerant Community, Nur Ekhwan as the AC Technician Competition Assessors, Dedi Purnomo, ST OFFICER Process Optimization PT Pertamina and Dr. Dipl.Ing Ir. Blessing Fajar TK as the moderator.

The event was closed with the announcement of the winners with the results of the second and third winners for the paper competition won by the Undip student team. (Ut-Humas)