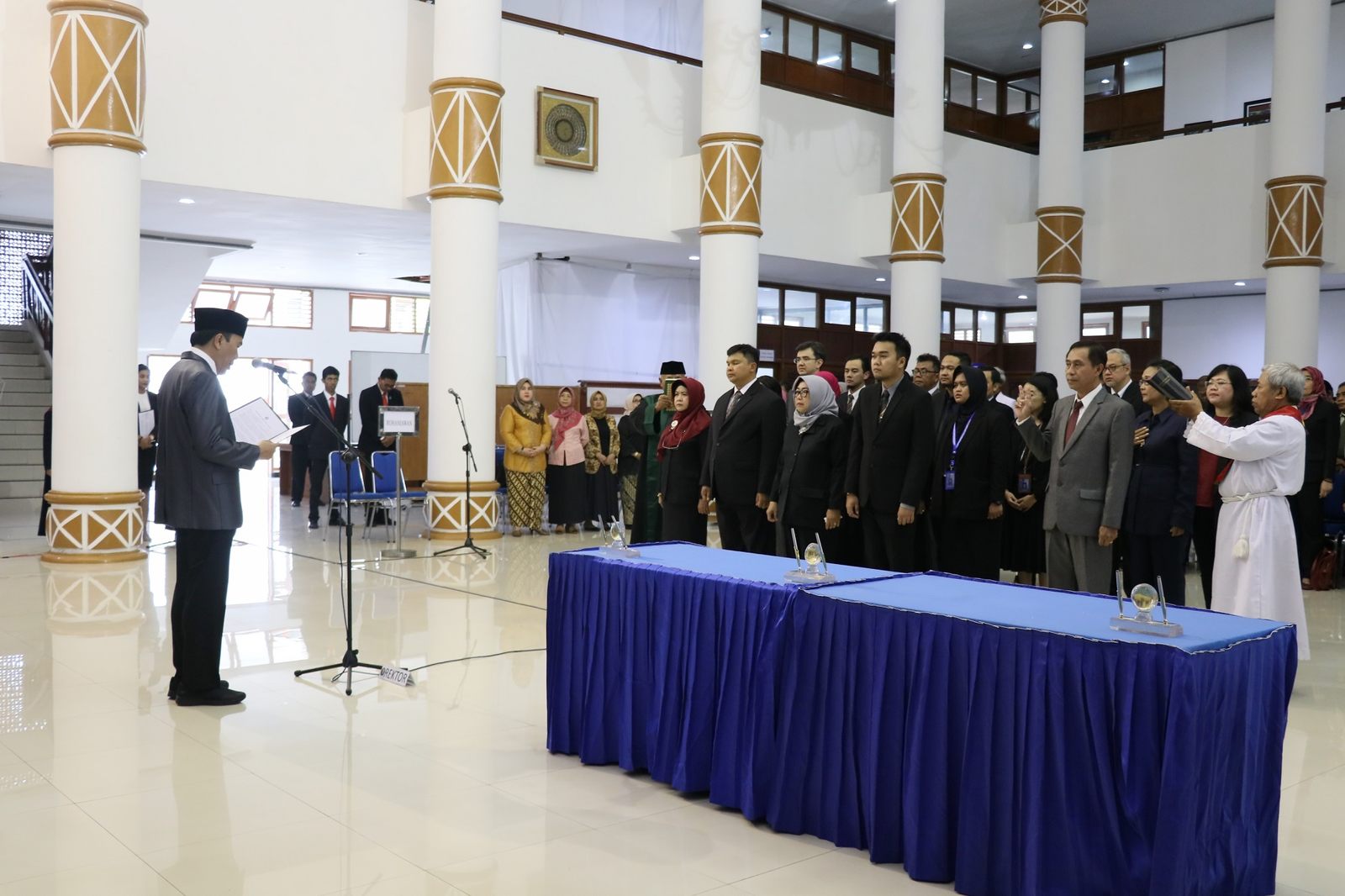 In that inauguration ceremony, the Rector said that an oath of office has its consequences of responsibility, whether in the world or the afterlife for the new officers. It is said to make them maintaining and upholding to their oath commitment because become a leader it is not only a goal but also a mandate to dedicate themselves to the institution’s progress.

The rector advised avoiding things that are contrary to the ASN code of ethics, whether orally or written, whether directly or through social media.

“Every three months those officers’ performance will be evaluated, so each of the tasks must be executed well and can be done with full of responsibility,” said the Rector.

“All of the new officers who are making the policies must be in corridor and procedure according to existing laws and regulations, so it will not create difficulties for themselves,” said the Rector.

In that opportunity, Mr. Yos Johan thanked the old officers for their dedication to upgrading Undip.