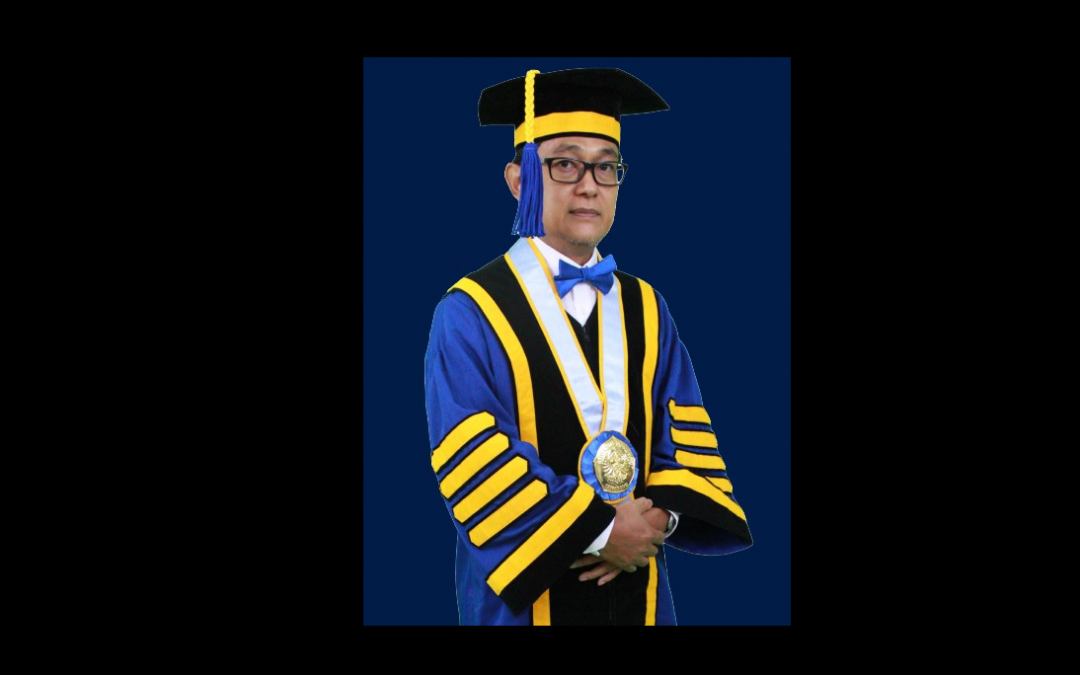 SEMARANG – The use of nanosilica as fertilizer that is sprayed onto leaves has been proven to be able to maximize the production of agricultural crops such as rice, corn, sugarcane and sago. In this study, intensive use of nanosilica for two weeks was able to recover damaged rice plants due to planthoppers attacks.

Lecturer of Department of Physics, Faculty of Science and Mathematics Diponegoro University (UNDIP), Dr. Agus Subagio, S.Si., M.Si.,conveyed these facts at his inauguration as a professor of material physics, on Wednesday (2/6/2021). In his first scientific oration as a professor at an Open Session of Academic Senate, he revealed the ability of nanosilica to permeate through the mouth of a leaf because of its very small size.

In a scientific speech entitled “Nanotechnology: Its Development and Applications in Energy & Agriculture”, the owner of 22 patents revealed that nanosilica research has been developed with his team since 2008, shortly after he completed his doctoral studies at Bandung Institute of Technology (ITB). “We concentrate on silica because many studies show that most soils in Indonesia are deficient in silica. In the past, farmers put rice stems and leaves back into the fields, these stems and leaves were a source of silica, but now many people throw them away immediately. Silica is only needed a little by plants, but if there is no silica then the plant can become infertile,” said the lecturer who was born in Blora, on August 13th 1971.

According to the lecturer who teaches 13 courses including Semiconductor Physics, Fundamentals of Nanomaterials, Mechanical Properties of Materials, Electronic and Photonic Materials, Entrepreneurial Physics, and Biomaterials, natural sources of silica are abundant in Merapi ash, silica sand from Bangka Belitung, and geothermal ash in Dieng. From these materials, micro nanosilica products are made to be tested on agricultural plants, especially grass species.

Trials have been carried out in several areas ranging from Lampung, North Sumatra, Bali, South Sulawesi and of course in Central Java and West Java. As a result, the application of micro-nanosilica fertilizer is able to build the physiology of grass types such as rice, corn and sugarcane well. It increases the amount of yield.

“We also conducted test on grass in stadium, and the results worked well. In Banyumas, we tested it on woodboring beetle, we sprayed it every day for two weeks and it was successful in recovering the plant. It turns out that this nano silica makes plant leaves become jagged and a bit hard so that the planthoppers are unable to penetrate,” said the graduate of Physics Undip in 1995.

From various tests and studies, it is known that the silicate content in rice is not only useful for fertilizer, it can also be used as a pesticide or pest control. The challenge of nanosilica application is the delivery method, the most effective way is being sprayed onto the stomata of leaf mouth  at 07:00–12:00 AM, at the time when the stomata of leaf mouth is opened.

The fertilization method must change the habits of farmers who are accustomed to fertilizing by sowing or spreading. However, by providing understanding, the farmers who become partners of study are willing to accept the recommended method. Especially after the farmers know the benefits, they know that their harvests will be getting better.

In a study conducted with the Research and Development Agency of Agriculture in Pati, in a test using MWCNT (Multi Wall Carbon Nanotube), it is found that the growth results of mustard seeds are better because MWCNT in the roots made it easier for nutrients to permeate in soil media. Agus Subagio who completed his master study at ITB in 2001 is determined to develop research with scientists in other fields so that they can obtain maximum results.

The certain thing is that he believes that nanotechnology, which is science and engineering in the creation of materials, functional structures and devices on the nanometer scale, will provide great benefits in human life.

His intensive research is strengthened by his position as Head of Basic Physics Laboratory of Faculty of Science and Mathematics Undip which he carried out in 2008 – 2010, and he continued until later he had to occupy a structural position as Deputy Dean I for Academic Affairs of Faculty of Science and Mathematics in 2010 – 2015. Time to do research and development is like a breeze as serving his position as Deputy Director of Undip Research Results Development from 2016 until now.

The rapid development of technology gives the impression that we are positioned as technology users. Many researches and innovations from the nation’s children just sink, many of them are even used abroad. “To solve the problems that exist in society and the nation, we need to have the courage to innovate through collaboration between fields. We cannot walk alone. The power of basic science which is elaborated with engineering will produce works of the nation’s children which are superior to innovation products from outside,” said the lecturer with the second highest number of patents from Undip in 2019 and in third rank in 2020.

His consistency in research in the field of nanotechnology has succeeded in bringing him, the father of Fadhil Anugrah Firdaus and husband of Harini Susianingrum, S.Si., to the highest academic level. In addition to development of nanosilica which has become products such as nano fertilizer and Dipone nanosilica fertilizer, another MWCNT material innovation that he has developed is a nanosensor, a sensor electrode for puddle on airport runways. For this innovation, we are collaborating with National Transportation Safety Committee (Komite Nasional Keselamatan Transportasi / KNKT), Research & Development Agency of the Ministry of Transportation and PT. Angkasa Pura I. As for the energy sector, the innovation developed is a MWCNT-based supercapacitor.

With PT. Pertamina, a collaboration is also carried out for research on enhanced oil recovery based on injection of nanosilica materials to remove residual oil that is still trapped in rocks in oil wells. Facing the Covid-19 outbreak, Agus is also involved in developing N95 replacement masks and surgical masks using nano-coating carbon/MWCNT, nanochitosan, and nanosilver.

Regarding his achievements as a professor, Agus feels sad if the title of Professor is not accompanied by producing something useful for the community. “Being a professor is a challenge to do more, so that the professor should not be careless,” he concluded. (PR team)