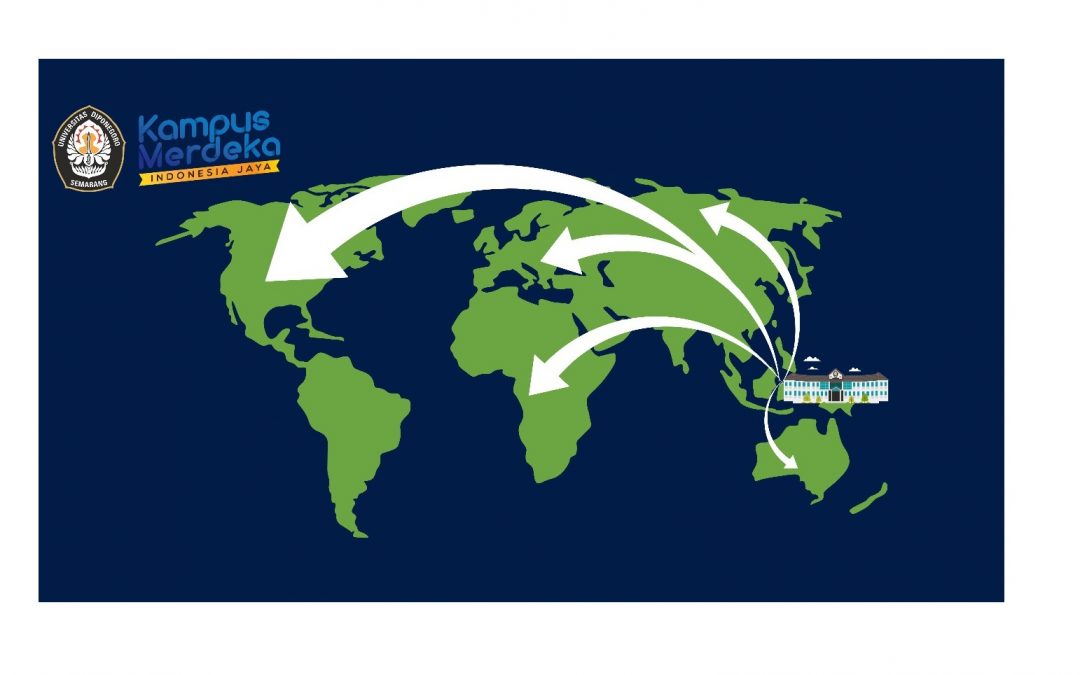 SEMARANG – Diponegoro University (UNDIP) is collaborating with reputable universities from five continents to encourage the acceleration of improving the quality of education, teaching, research as well as to conduct student exchanges and scholarship programs. This collaboration is also part of efforts to bring Undip into the ranks of world class universities.

“In addition to collaboration with reputable universities, Undip also collaborates with private institutions and independent institutions. No matter how great the resources they have, all institutions have limitations. Therefore, building cooperation and collaboration is a necessity,” said Vice Rector 3 for Communication and Business Undip, Dwi Cahyu Utomo SE, MA, PhD, on Monday (6/9/2021).

Dwi Cahyo emphasized that all cooperations are carried out in an equal position, giving and receiving benefits for each other, even though the perspectives may differ. Therefore, the breadth of Undip’s network of cooperation can also be interpreted as “Undip’s contribution at the international level”.

Dwi Cahyo firmly dismissed the perception of cooperation with universities abroad merely as an effort to strengthen the funding. According to him, it is an old understanding that is no longer relevant. “In all cooperation, both parties will definitely get benefit. In return, Undip also provides scholarships to foreign students to study here,” he said.

Regarding the many collaborations with universities in Asia, this is conducted based on common needs in development of many fields. For example in research, since the countries are in adjacent areas, the scope of research becomes stronger. The research objects are also similar due to common natural conditions, that is one of the reasons why regional cooperation is more prominent.

For the European region, Undip’s cooperation partners are in the Netherlands (4), England (5), Italy (1), Germany (2), Croatia (1), Russia (1), Switzerland (1) and France (5) . Some of the leading universities that have partnered with Undip in Europe include Erasmus University Rotterdam, Netherlands; University of Applied Sciences and Arts Nortwestern Switzerland, Switzerland; The University of Trento, Italy; University of Birmingham, United Kingdom, England; and Universite De Poitiers, France.

“Building cooperation is certainly to build networking. It also aims to share the strengths, be it resources, systems or others owned by each university. In the practice of providing quality education, each university has its advantages and disadvantages. Therefore, in improving the quality of higher education, cooperation needs to be carried out,” he said. (PR team).