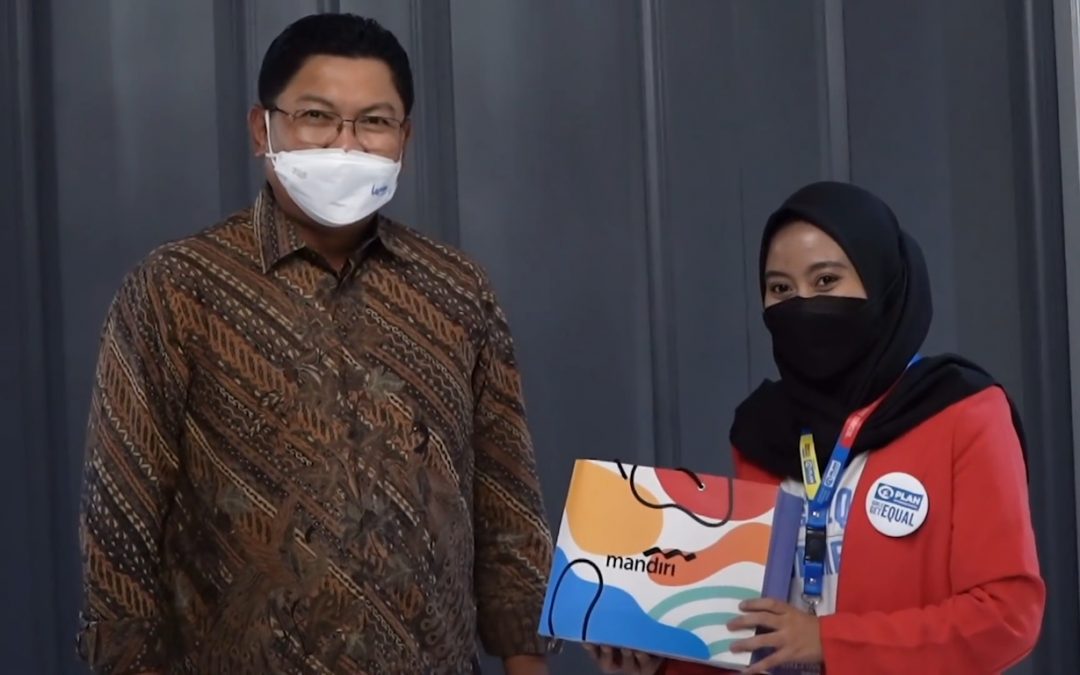 Semarang, Central Java (19/10). Adinda Zenniar, a student of the Informatics Study Program, Faculty of Science and Mathematics, Diponegoro University was chosen by the Minister of SOEs, Erick Thorir, as President Director of Bank Mandiri for one day. This was announced directly by the Minister of SOEs on the 21st Floor, Ministry of SOEs Building, Jakarta, on Wednesday (29/09).

Adinda had the opportunity to become the President Director of Bank Mandiri, replacing the role of President Director Darmawan Junaidi. This student from Central Java carried out various activities, starting from witnessing the signing of cooperation, leading leadership meetings, to field visits. Adinda also provided input on the observed situation.

“Currently, what is trending in the digitalization era is digital banks. Therefore, I asked Adinda to take over the position of President Director of Bank Mandiri and later report to me how the digital transition is at Bank Mandiri,” said Erick Thohir.

“We learned directly from female leaders in various SOEs, Plan Indonesia, as well as other mentors who are experts in gender equality and public communication. During the 4-day classroom learning process, we were also challenged to make a campaign video on the importance of gender equality and women’s leadership,” said Adinda when interviewed by Undip’s PR team, on Monday (11/10).

Before taking over the duties of the President Director of Bank Mandiri, Adinda participated in the mentoring and shadowing given directly by the Minister of SOEs, Erick Thohir. “So, before we take over, we have seen firsthand experience on how they lead,” said the Informatics student.

Meanwhile, Undip Rector, Prof. Dr. Yos Johan Utama, S.H., M.Hum said that he was proud of the choice of one of the Undip students in this program. “I certainly feel proud of this achievement and congratulations for her on this opportunity,” he said.

He also added that Undip students were required to not only get academic achievement, but also achievements in various other fields. “Undip continues to encourage its students to excel in various fields, so that they can provide positive values for the community and Indonesian nation,” added Prof. Yos.

In line with Undip Rector, Dr. Agus Suherman, S.Pi., M.Sc., the Head of Undip Secretariat and Protocol Office, stated that his party will continue to support and facilitate students to participate in various off-campus activities.

“Participation in the activities of the Ministry of SOEs is very positive to improve the skills of students, and we fully support our students,” said Agus.

He also added that Undip through the Rector had committed to encourage Undip students to excel and contribute to society through academic and non-academic programs.

The event entitled Girls Takeover is a global campaign initiated by Plan International which is held simultaneously in 75 countries every year in commemoration of International Day of the Girls which falls on October 11. The theme of this year is gender equality and women’s leadership in the world of work.

They “take over” the duties of the Minister of SOEs and 5 other SOE leaders. The SOEs include Bank Mandiri, Bank Rakyat Indonesia, Angkasa Pura 1, Kimia Farma, and Telkomsel.

Adinda is an Undip student who is active in activities on campus, ranging from being a member of Undip Developer Students Club, a practicum assistant, to the management of the University Student Executive Board as a young staff in the field of Research and Science.

Adinda is also active in voicing environmental and waste issues through direct education to the community. Thanks to this concern, Adinda was inaugurated as the Ambassador of the Green Generation of Central Java in 2019. She also participated in the Mata Air Jepara program. Adinda had the opportunity to take part in the Nusa Traveling Teacher program in 2019 and she was trusted to teach elementary school students in one of the cities in Indonesia, precisely in Musi Banyuasin City, South Sumatra.

With the Girls Takeover 2021 activity, Adinda can show her ability to voice campaigns on gender equality issues, especially women’s space and opportunities in the world of work. Since according to her, when women support and strengthen each other, the space for movement and opportunities for women is actually wider.