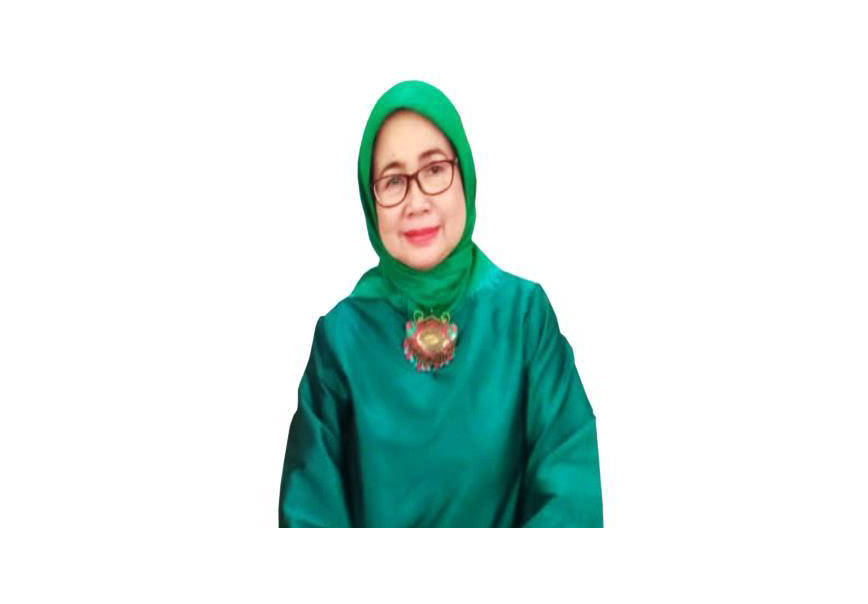 “Gender is the difference between women and men in roles, functions, rights, behaviors that are shaped by local regulations and culture. Gender refers to the roles that society constructs as the learned behaviors and expectations attributed to women and men. Women are citizens who have the same rights and position as men in law and government. Women have human rights and basic freedoms where the fulfillment of their rights has been stipulated in the Constitution,” said Prof. Ani Purwanti, S.H., M.Hum.

She conveyed that as a country that is based on Pancasila and the Constitution which upheld human rights, Indonesia is obliged to take various steps and continuously carry out a series of efforts including a national strategy for the fulfillment of women’s constitutional rights in a comprehensive and sustainable manner. Gender equality is a key principle of good governance and sustainable development. Progress towards gender equality in the fisheries sector is also a critical issue to establish effective and equitable development outcomes in coastal countries including Indonesia.

Indonesia has affirmed 40 constitutional rights of citizens (including women) in which overall these rights are categorized into 14 sectors. However, data and facts show that there are still gender inequalities and injustices experienced by women which can be seen from their characteristics, namely marginalization, subordination, stereotypes, double burdens and violence, both in the domestic and public areas. Data on gender inequality and injustice can also be seen from issues related to education, health, involvement in politics, employment, marriage and others.

In fact, women fishermen also experience social exclusion which has an impact on women’s survival. The role of women fishermen after going to sea is related to processing, marketing fish and processed fishery products. Their presence is often not counted, because work as fishermen is perceived only for men. The segregation of work between men and women raises the assumption that fishermen are only men, and women are only complementary workers. This condition is an irony concerning that the fifth Goal of the 17 Sustainable Development Goals (SDGs) is gender equality.

Thus, her scientific work entitled “Pancasila and Gender Justice: Reflections on the Fulfillment of Women’s Constitutional Rights in Indonesia” aims to find out the implications of discrimination against women fishermen in Law Number 7 of 2016 concerning the Protection and Empowerment of Fishermen, Fish Cultivators, and Salt Farmers; and a policy strategy to recognize the role and improve the welfare of women fishermen based on gender equality in Law Number 7 of 2016.

Prof. Ani conducted socio-legal research to know the meaning behind the substance of the legislation and the understanding of policy makers both at the central and regional levels regarding the protection and empowerment of fishermen, fish raisers and salt farmers. This research was conducted in Jakarta (Ministry of Maritime Affairs and Fisheries and the House of Representatives), the Department of Marine Affairs and Fisheries of Central Java Province as well as several Marine and Fisheries Services in regencies in Central Java, such as in Kendal Regency, Batang Regency and Brebes Regency.

“Based on the analysis, it is known that there is still gender discrimination against women fishermen in accessing facilities for fishermen provided by the government, including fishermen’s insurance. This is because in the understanding of the local Maritime Affairs and Fisheries Service employees, the recipients of fisherman insurance are fishermen who own boats who are identical to men so that women cannot access this assistance. Women can only access assistance if they are registered by their husbands as ship owners. On the other hand, the role of women as processors of the catch is still seen as a secondary aspect. The understanding that the role of women is also very important, has not even become the main thing and this view is also contained in Article 40 of the Draft Regional Regulation of the Central Java Province concerning the Protection and Empowerment of Fisheries and Salt Business Actors,” she explained.

Furthermore, Dr. Ani conveyed that in its implementation, the state has been present to realize the fulfillment of constitutional rights for women as well as to overcome gender inequality and injustice through legislation (Laws to Regional Regulations) and policies concerning the purpose of a prosperous Indonesia, with a focus on the fulfillment of the economic rights of poor women and women’s access to economic resources. The government also aims to increase women’s education levels. To realize a democratic Indonesia, the strategy is guaranteeing legal protection for women with legal substance that is gender-fair and the principle of non-discrimination; strengthening national mechanisms as a preventive, repressive and evaluative persuasive effort towards regional policies with higher regulations and the Constitution; and developing a conducive culture for women and children to obtain justice, equality and equality.

Justice in Indonesia can be maintained by enforcing a mechanism for resolving gender-based human rights violations; the fulfillment of rights and legal guarantees for women victims of violence; witness protection and ensuring women’s rights to be free from discrimination, exploitation and violence. By looking at the large number of data on gender inequality and injustice, efforts are needed, both in substance (laws, regulations, policies), structure (agencies, institutions including human resources) and culture (beliefs, attitudes, ideas of all Indonesian people). (Lin – Public Relations)