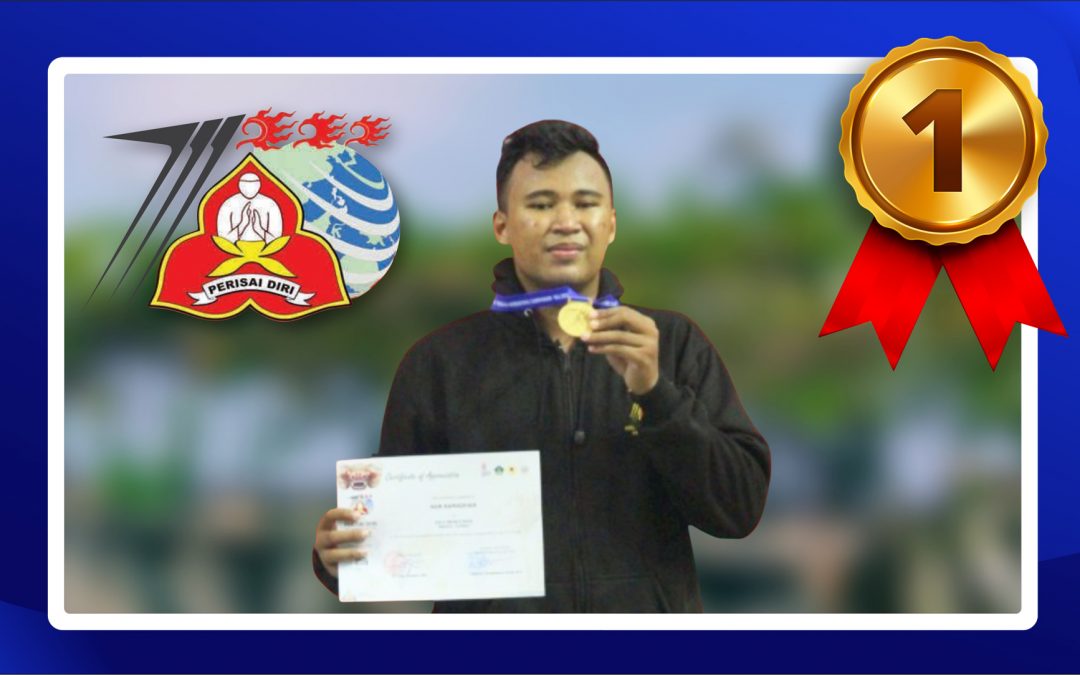 Another proud achievement was achieved by Diponegoro University (Undip) students. This achievement was presented by Nur Ramadhan. The student of the Public Health Study Program, Faculty of Public Health (FKM) Undip Class of 2019 won 1st place in the Men’s J class category at the 2022 10th Perisai Diri International Championship in Denpasar, Bali on July 2-8, 2022.

Taking place at the GOR Lila Bhuana, Nur Ramadhan competed as the Perisai Diri representative of the Semarang City for the Central Java Contingent. For this result, Nur Ramadhan has achieved a Gold medal in the Men’s J class category at the 10th Perisai Diri International Championship in 2022.

Nur Ramadhan said he was happy for the Gold medal he won at the championship. “I felt so happy, especially since this is a competition at the highest peak of the Perisai Diri Championship which is held every 3 years.” said Nur Ramadhan.

His achievements are of course the result of hard work from various exercises that he undergoes. “There are many preparations such as routine exercises that are programmed every day from morning and evening exercises. The morning exercise is in the form of physical exercises such as running for 30-50 minutes, sprinting, training the strength of the legs and arms. The activities of afternoon training include techniques for the match such as kicks, slams, and visual drills.” said Nur Ramadhan.

The 2022 10th Perisai Diri International Championship is an international level martial arts competition held by the Indonesian pencak silat organization, Perisai Diri. In addition, this championship was held to facilitate world athletes to compete for the President of the Republic of Indonesia trophy.

The championship with the theme “Unite Be Better and Stronger” was participated by 607 fighters from within and outside the country. From abroad, this championship was followed by fighters from the United States, Australia, Japan, Brunei, and the Netherlands.

In the future, Nur Ramadhan plans to participate in several championships including the Indonesia Open championship on August 11-18, 2022 at TMII Jakarta, representing Undip in the Provincial Student Sports Week (POM) on September 1-9, 2022, and the Central Java PORPROV championship on November 22-27, 2022.

Furthermore, Nur Ramadhan advised Undip’s young generation to always be enthusiastic and optimistic in achieving achievements in the academic field or outside the academic field. “Behind success there is a long process, so just enjoy the process, there will be results. Remember there is no easy process for a beautiful goal and nothing instant for satisfying results.” concluded Nur Ramadhan.