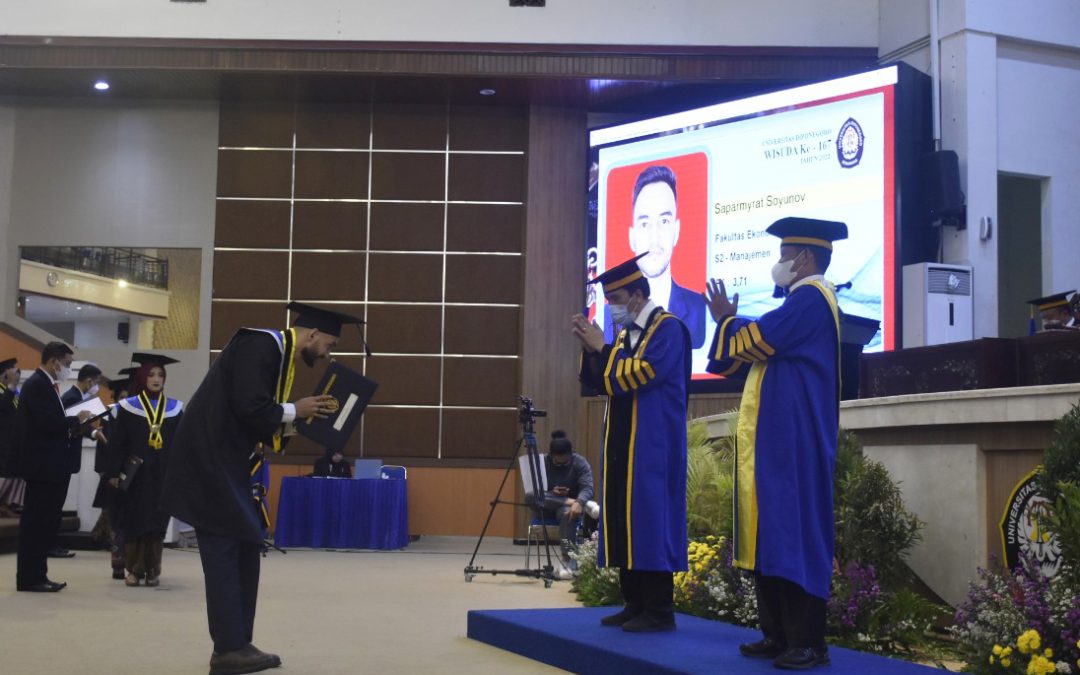 Double Degree Program is a program for students to get two graduation degrees by completing lectures at Undip and also at partner universities abroad. Undip currently has many collaborations with universities abroad, this also supports the realization of Undip as a World Class University (WCU).

Most of the study programs at Undip have been internationally accredited which is one of Undip’s real steps towards World Class University (WCU). Collaborative classes in Undip make Undip as the suitable higher education institution even for international students to continue their education so that they become COMPLETE graduates (Communicator, Professional, Leader, Entrepreneur, Thinker, Educator).

Ahmed A. O. Shbair, an International student of FISIP Undip who graduated at the Undip 167th Graduation Ceremony, said that he gained a lot of experience while studying at Undip, in terms of knowledge, life experience, and various skills. “I am interested in continuing my studies at Undip because I see a pleasant learning atmosphere in Indonesia, especially at Undip, which has many good and reliable study programs. Many unforgettable experiences, especially off-campus activities with the Undip International Office (IO), both in scientific courses, academic courses and summer courses. During the Covid-19 pandemic, we studied online. But the university still provides good learning and also takes care of international students who are far from their home countries,” said Ahmed.

Like Ahmed, other international students also agree that while studying at Undip they also have the opportunity to learn about culture, civilization, history in the city of Semarang and various cities in Indonesia. The international exposure obtained by Double Degree students and Undip International students is expected to be useful in forming character and mindset so that Undip graduates can become creative and ready to work.