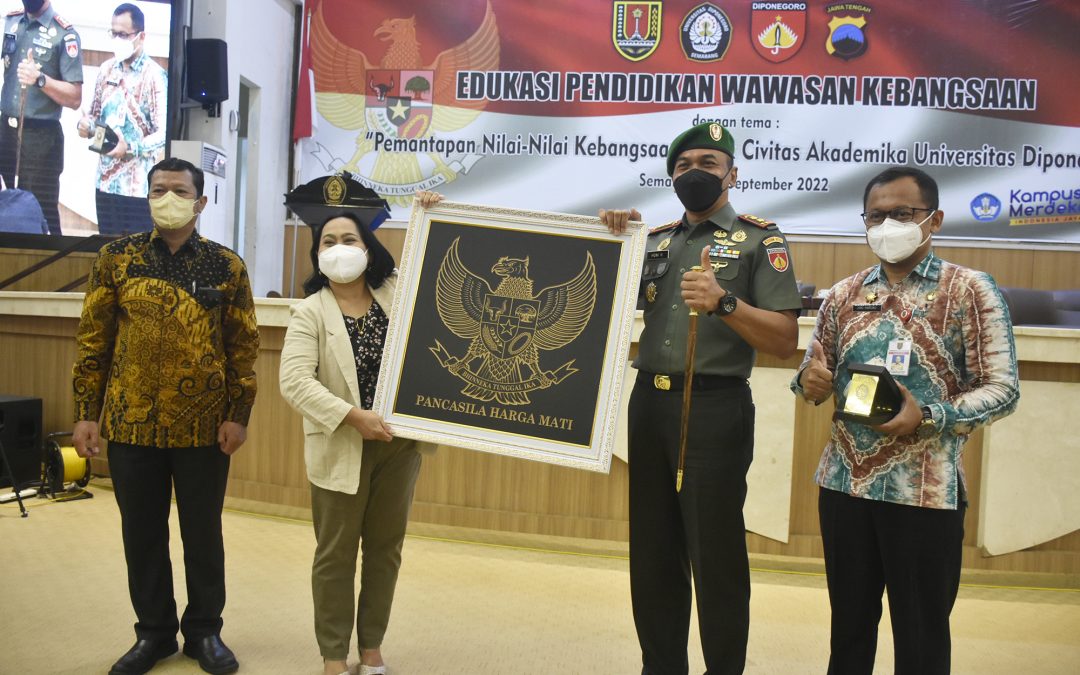 Diponegoro University (Undip) in collaboration with the Government of Semarang City, the Military District Command 0733 of Semarang City, and the Tembalang Sector Police have held a seminar on National Insight Education for students with the theme “Consolidating National Values for the Diponegoro University Academic Community” on Tuesday, September 13, 2022 at 09.00 WIB at the Prof. Soedarto SH Building, Undip Tembalang Campus.

Representing the Vice Rector I for Academic and Student Affairs, Director of the Academic Directorate of Student Affairs and Alumni ,Hanifa Maher Denny, S.KM., MPH., Ph.D. officially opened the event and welcomed Undip as the host of the seminar.

“Undip as one of the leading universities in Indonesia is very grateful for the initiation from the Kesbangpol Semarang City, the Commander of Kodim 0733 Semarang City, and the Tembalang Sector Police to play a role in shaping the character of our students.” said Hanifa Maher.

The existence of this seminar is one way to foster gratitude and pride for the Indonesian nation. “This national insight seminar is one way for the students to cultivate gratitude and a positive sense of pride for the Indonesian nation which will become a great nation both in the economic field and in the field of political influence.” he continued.

Hanifa Maher added that the cultural wealth of the Indonesian state with the motto “Bhinneka Tunggal Ika” is a valuable asset that must be preserved and spread to the next generation. The students as the nation’s next generation need to understand the free and active Indonesian foreign policy. “Hopefully this activity will be useful for Undip students and for the Indonesian nation as a whole.” she concluded. 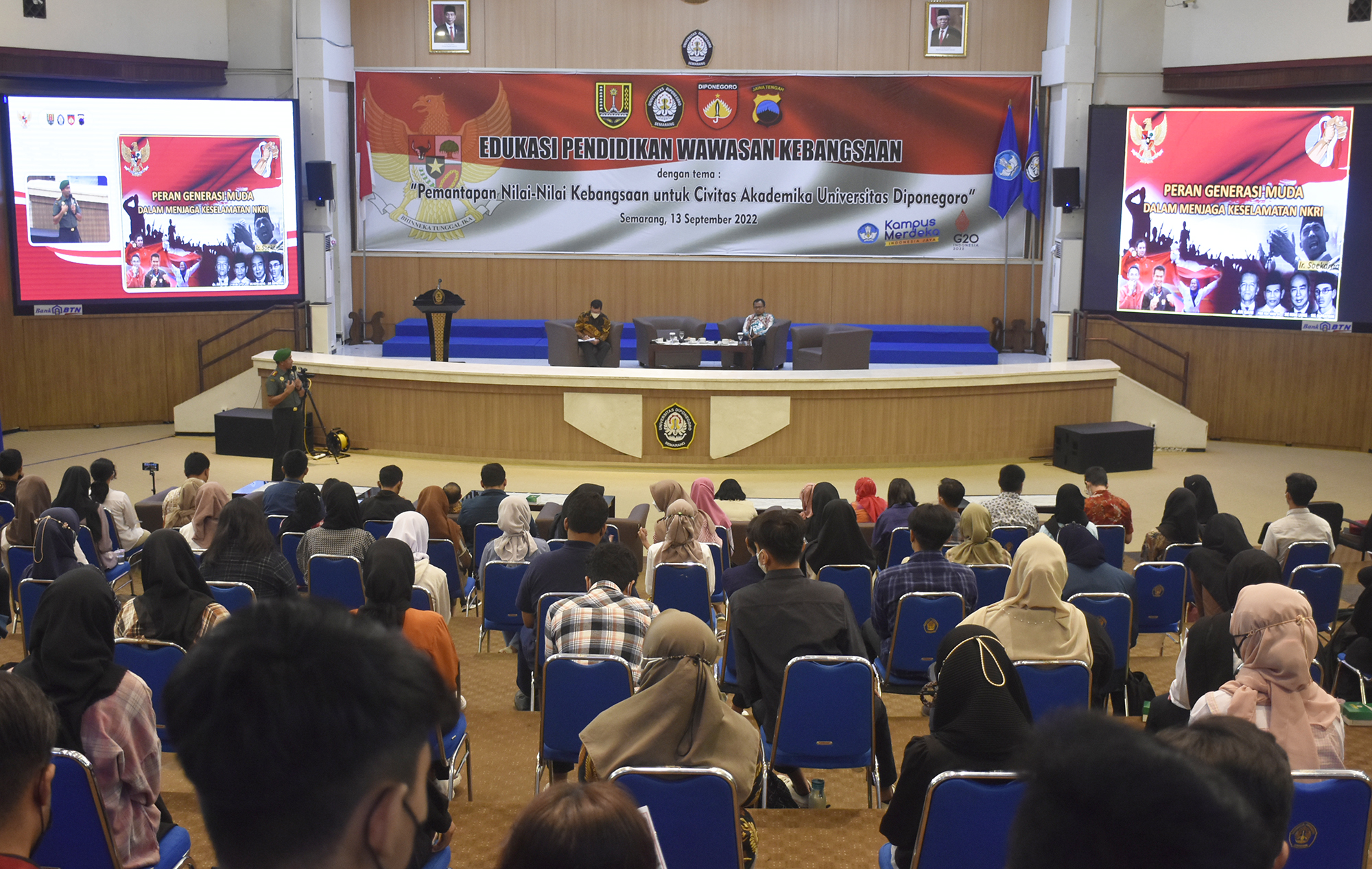 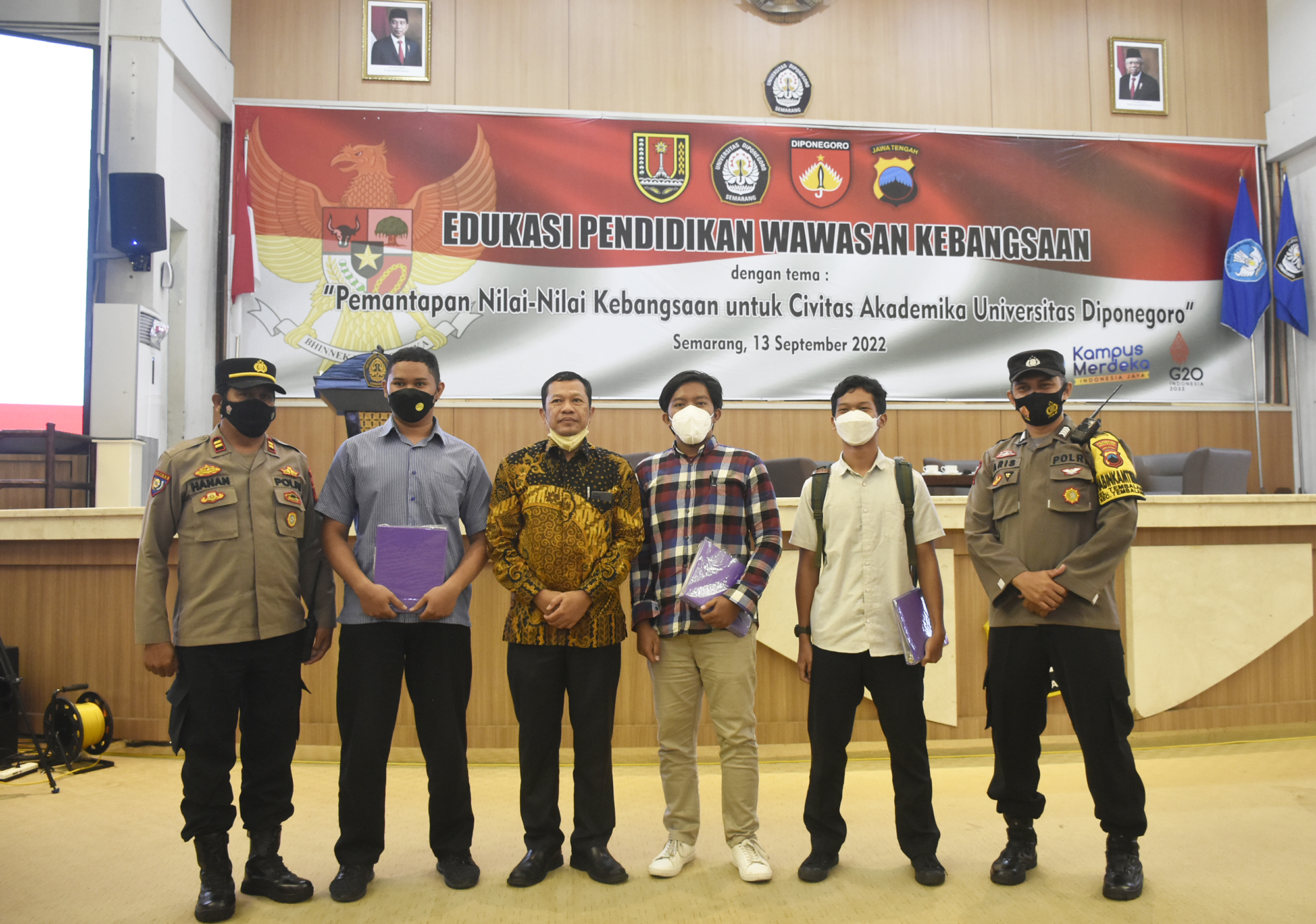