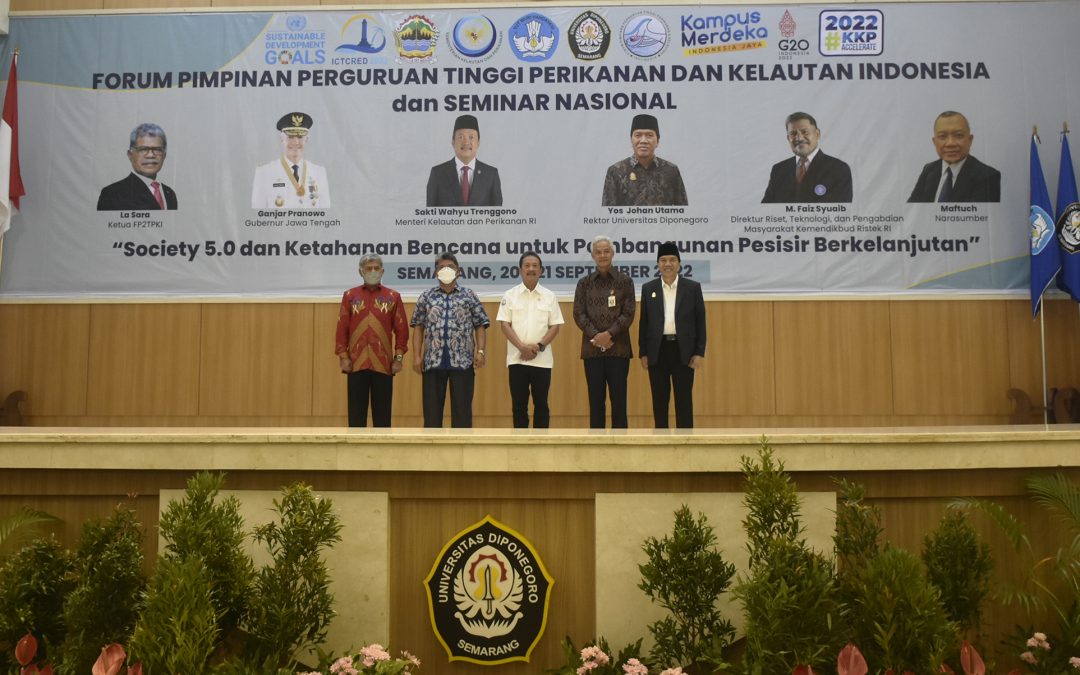 The Dean of the Faculty of Fisheries and Marine Sciences (FPIK) Undip, Prof. Dr. Tri Winarni, MSc, said that this national seminar was the second time held by the Indonesian Fisheries and Marine Higher Education Leadership Forum (FP2TPKI). “For this year, FPIK Undip had the opportunity to be the organizer of the seminar. We present the Minister of Maritime Affairs and Fisheries Republic of Indonesia, Mr. Sakti Wahyu Trenggono as a keynote speaker,” she added.

In a national seminar with the theme “Society 5.0 and Disaster Resilience for Sustainable Coastal Development”, Minister Trenggono said that the Ministry of Maritime Affairs and Fisheries (KKP) has prepared 5 main programs based on a blue economy that balance environmental and economic interests.

First, namely the expansion of marine conservation areas to reach 26.4 million hectares from the target of 32.5 million hectares in 2030. The main focus of this program is effective management to maintain the function of blue carbon absorption and as fish spawning grounds. Second, it focuses on the quota-based measured fishing in 6 zones set by the government. This is in order to suppress overfishing so that the availability of fish is maintained and managed properly. 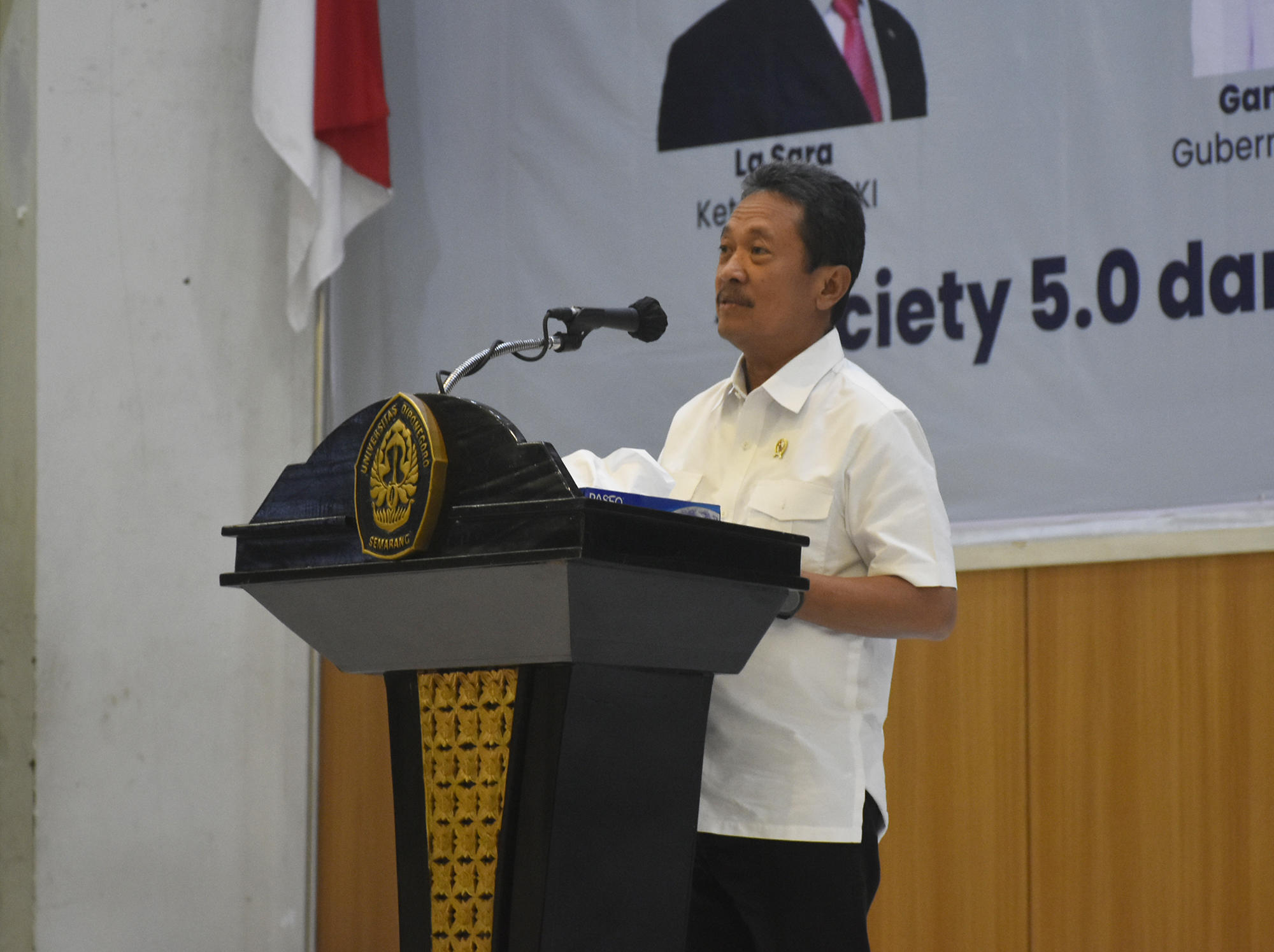 The third main program of KKP is the improvement of sustainable aquaculture by encouraging the development of superior commodities such as shrimp, crab, lobster, seaweed and fish that have high economic value. While the fourth is to ensure that coastal areas and small islands are well maintained, the government carries out spatial planning for sea, coastal and small islands including ensuring activities that utilize marine space in accordance with their allocation, carrying capacity and impact mitigation.

The fifth is to maintain marine health, one of the main programs of the KKP is the Month of Love for the Sea in the form of activities to clean marine debris in Indonesia by involving fishermen.

Meanwhile, on the same occasion, the Governor of Central Java, Ganjar Pranowo, in his speech conveyed his support for the blue economy program initiated by the KKP. “If it is calculated that the marine wealth in Indonesia is extraordinary, it becomes an important capital in marine-based development (ocean-based),” said Ganjar. 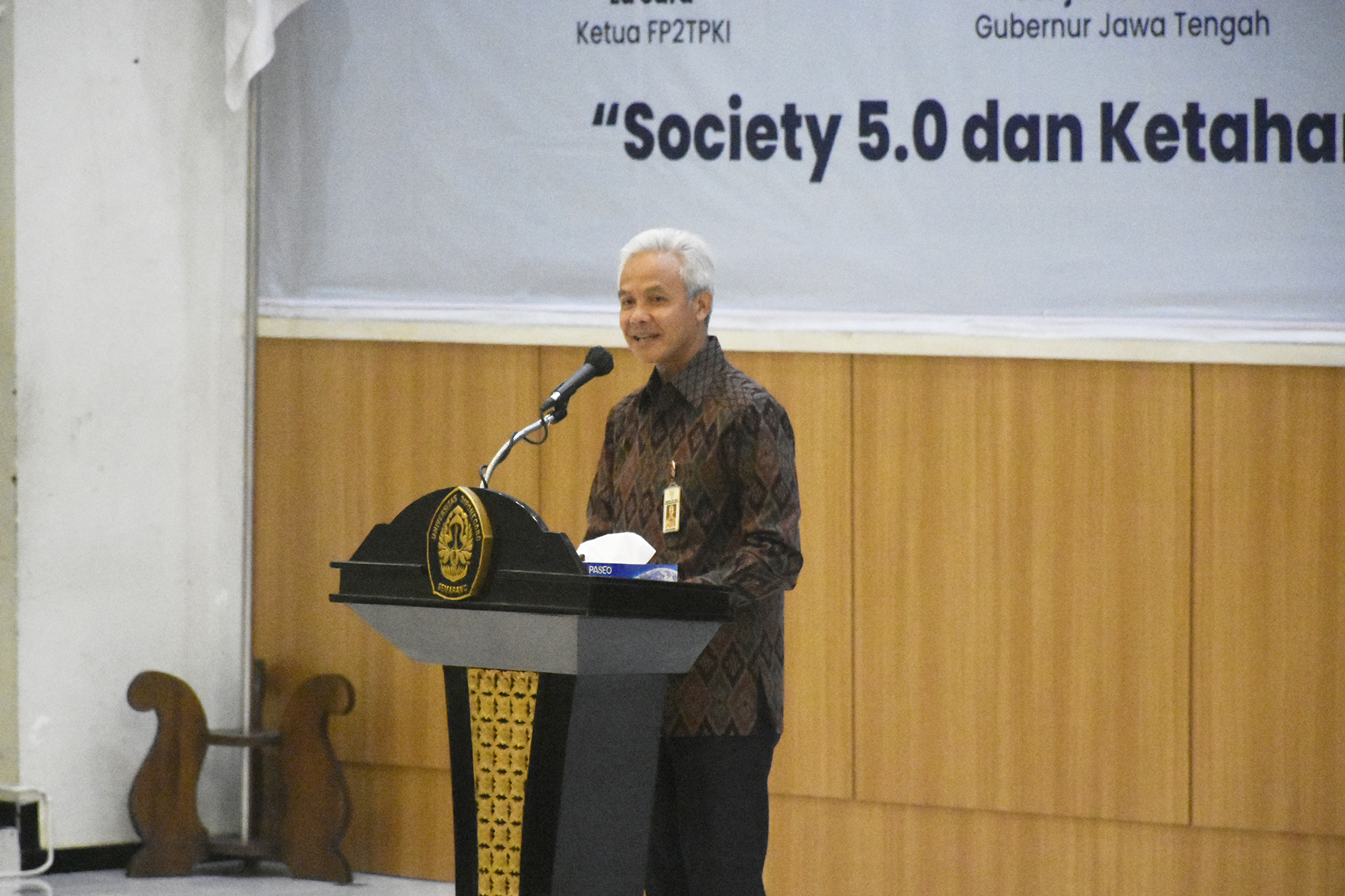 “Of course, to implement it requires efforts from all parties, including academics,” he added. “And until now Undip has become a friend to be asked for opinions, including the use of research produced by Undip researchers,” added Ganjar. 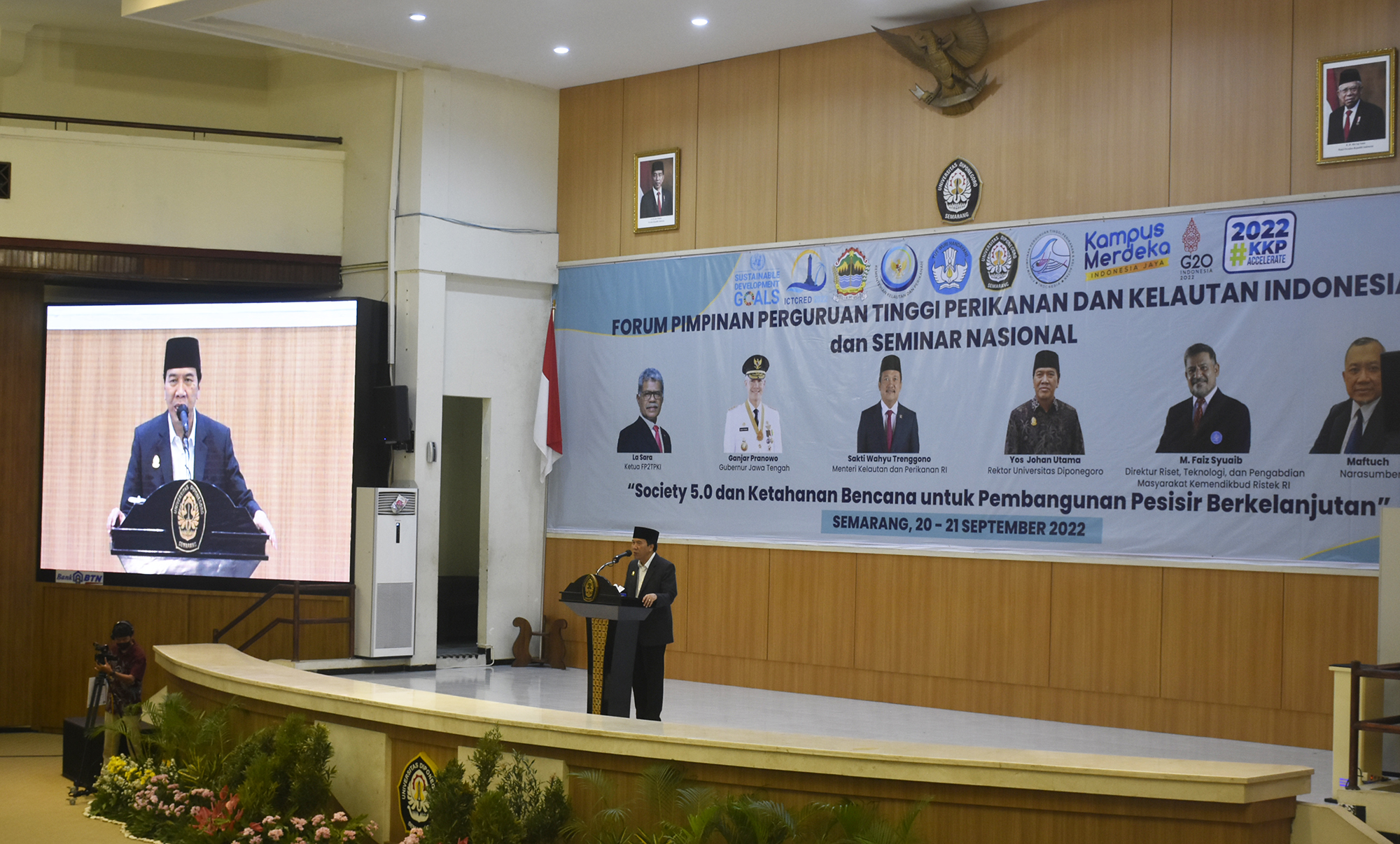 “This is realized by the assistance for fishermen children in the form of opportunity to study at Undip for free, and 40 children of fishermen have received it,” explained Prof. Yos.

Furthermore, the Dean of the Faculty of Fisheries and Marine Sciences Undip explained that the national seminar was attended by more than 60 Deans of the Faculty of Fisheries and Marine Sciences from all universities in Indonesia. The seminar started with the distribution of 150 thousand nilem and tawes fish seeds in the Jatibarang reservoir led by Minister Trenggono. “After the seed stocking activity, it was continued with a fish-eating activity involving the surrounding community, which is a national program initiated by the KKP”, concluded Tri Winarni. (Ut/team)