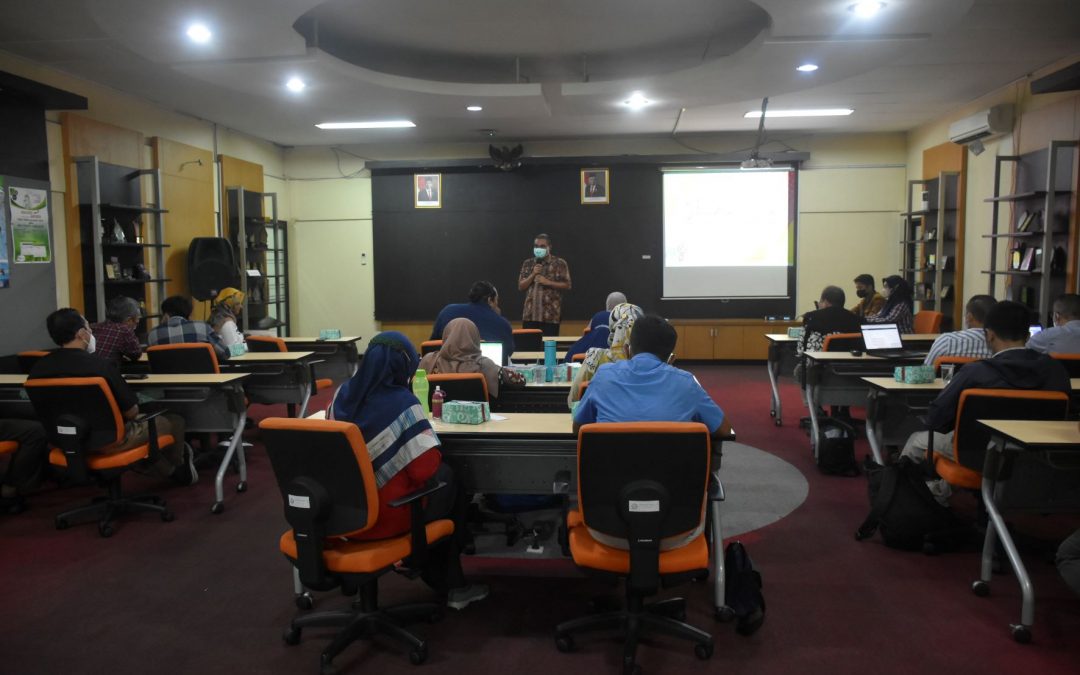 In order to increase efforts to prevent and control non-communicable diseases, especially diabetes mellitus and hypertension with the program of the Free Blood Sugar Examination Early Detection of Semarang City Residents (Gendhis Larang) in 2022 integrated with Early Detection of Hypertension and Sense Health, Diponegoro University participated in the invitation of the Gendhis Larang Roadshow by the government of Semarang City, which was held on Wednesday (21/9) in the Hall of Undip Library Building. The invitees who attended were PIC of Healthy Campus and members of Undip Healthy Campus.

The Head of the Undip Occupational Health and Environmental Safety Unit, Bina Kurniawan, S.KM., M.Kes welcomed this activity and it was hoped that the activity would provide great benefits for the community.

In the material presented by the Head of Disease Prevention and Control Services (P2P), Nur Dian Rahmawati S.Kep. Ners. MPH from the Semarang City Health Office regarding “Safe Wolbachia Mosquito Technology”, Wolbachia technology is a new technology to suppress the replication of dengue, chikungunya, and zika fever viruses in the Aedes aegypti mosquito and uses natural bacteria without any genetic engineering. Wolbachia is safe for humans because it lives only on insects and only on the cells of living organisms. If the host cell/organism dies, Wolbachia will be degraded so it does not cause pollution.

“Wolbachia is also safe for other insects. Its transfer from one insect to another is not possible because it only moves from the female parent to her offspring. Wolbachia does not change the physical, nature, development and behavior of Aedes aegypti and does not cause mutations in a direction that makes mosquitoes more virulent. Wolbachia does not cause dengue hemorrhagic fever virus mutations to become more virulent, in fact it will inhibit the development of the virus in the mosquito’s body,” she said.