Build a Network with Alumni Gathering of Faculty of Medicine UNDIP 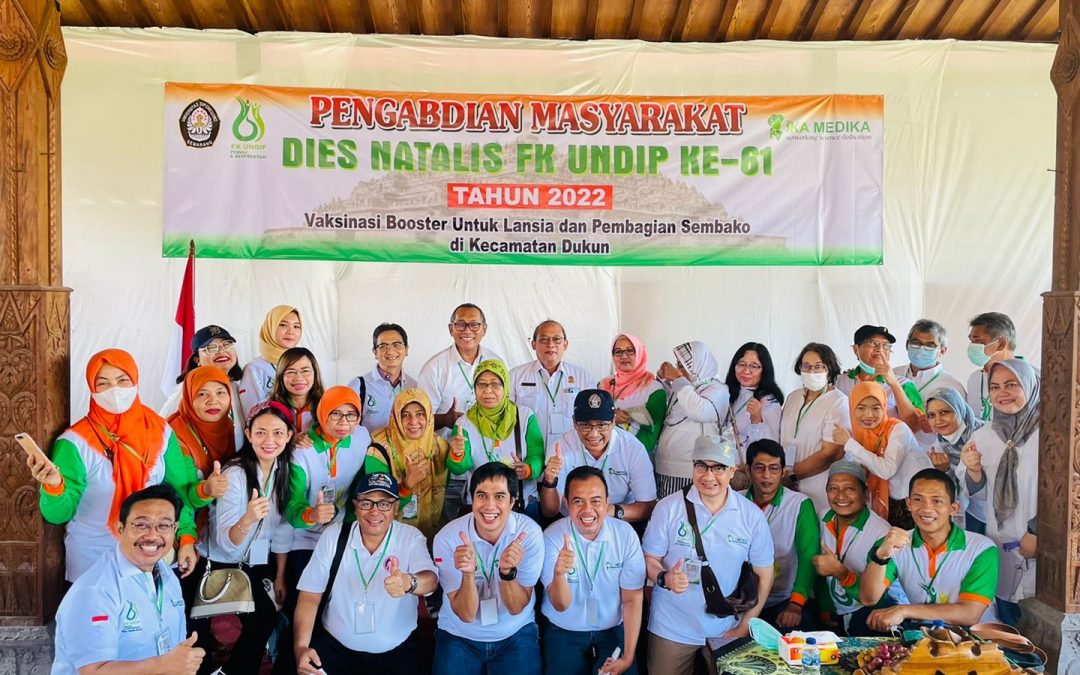 FK Undip held an Alumni Gathering as part of a series of community service activities in the Regency and City of Magelang, on Saturday (17/9) at the Hall of the Magelang Mayor’s Office.

In the event, dozens of FK Undip alumni from the 1960s to 2010s were welcomed by the screening of Magelang City tourism videos and the performance of the “Gumregah” dance presented by the Setyo Manunggal Dance Studio.

The chairman of the 61st Anniversary committee of Faculty of Medicine Undip, dr. Farmaditya Eka Putra, M.Si.Med, PhD, a lecturer at the Department of Medicine, Faculty of Medicine Undip, reported on the implementation of the activities that had taken place in the morning. Community service activities consist of screening for health of basic education age at SDN Blondo, screening for non-communicable diseases and stunting at SMK Muhammadiyah 1 and 2, booster vaccinations for the elderly, as well as distribution of basic necessities at the Dukun District Office, Magelang Regency. 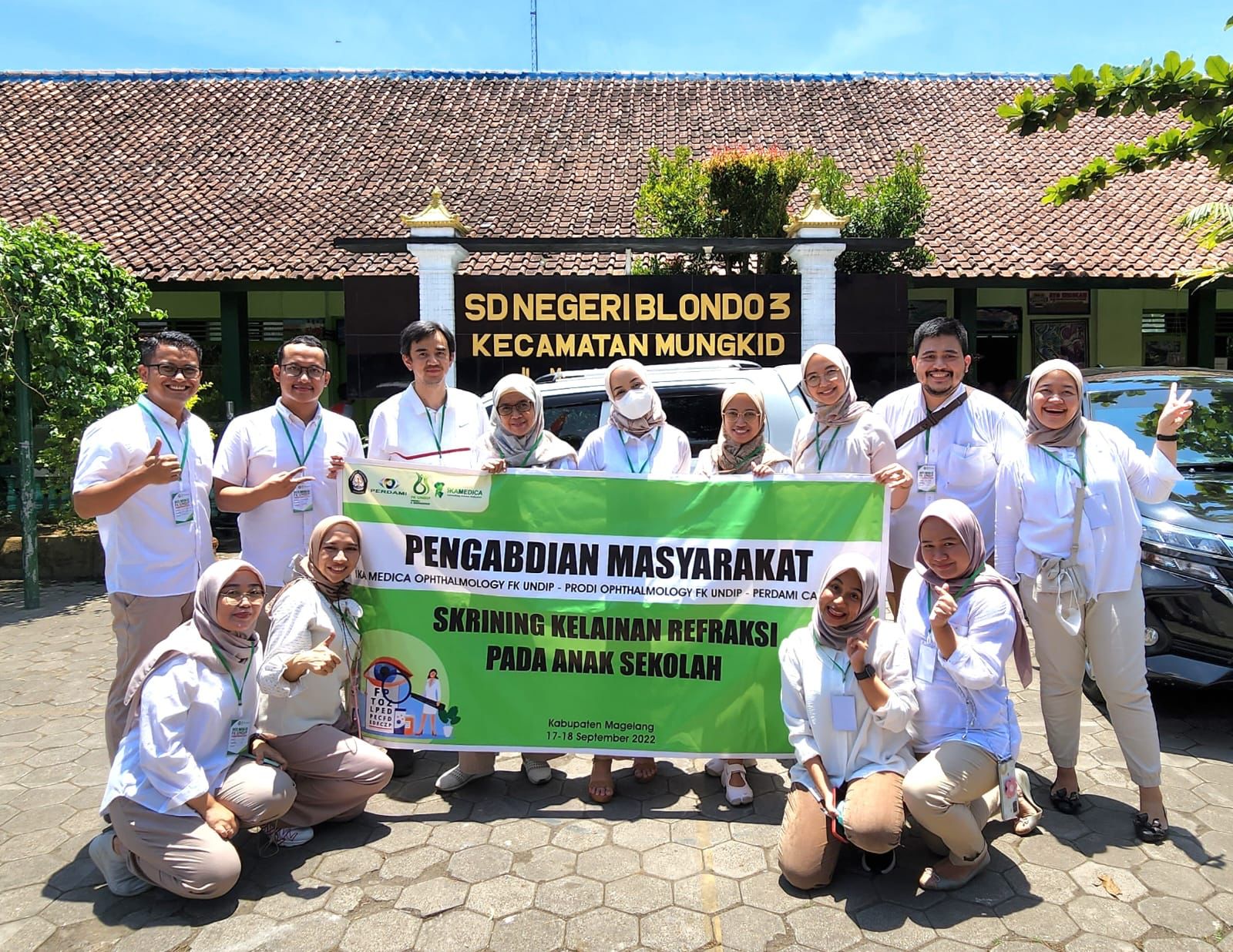 The Chairperson of Alumni Association of Faculty of Medicine Undip (Ika Medica), Dr.dr.Cahyono Hadi, SH, Sp.OG(K) underlined the importance of alumni gathering in building networks between alumni so that there is a harmonious relationship between alumni who are more senior and juniors.

Dean of FK Undip, Prof. Dr. dr. Dwi Pudjonarko, M.Kes, SpS(K) revealed that the community service activities that have been carried out in the Regency and City of Magelang are a form of good cooperation between the Faculty of Medicine Undip, the alumni and agencies outside the Faculty of Medicine Undip, so it is hoped that this activity can be carried out in other forms of cooperation between FK Undip and the district and city governments of Magelang.

Mayor of Magelang, dr. Muchamad Nur Aziz, Sp.PD, K-GH, FINASIM, the host of the alumni gathering as well as alumni of FK Undip class of 1990 welcomed the activity and gave a commitment to the success of the FK Undip Anniversary event. The sharing session was filled with song and dance performances from alumni representatives from each class. The Alumni Gathering was closed by giving prizes to the 3 performers who got the most votes from the audience. 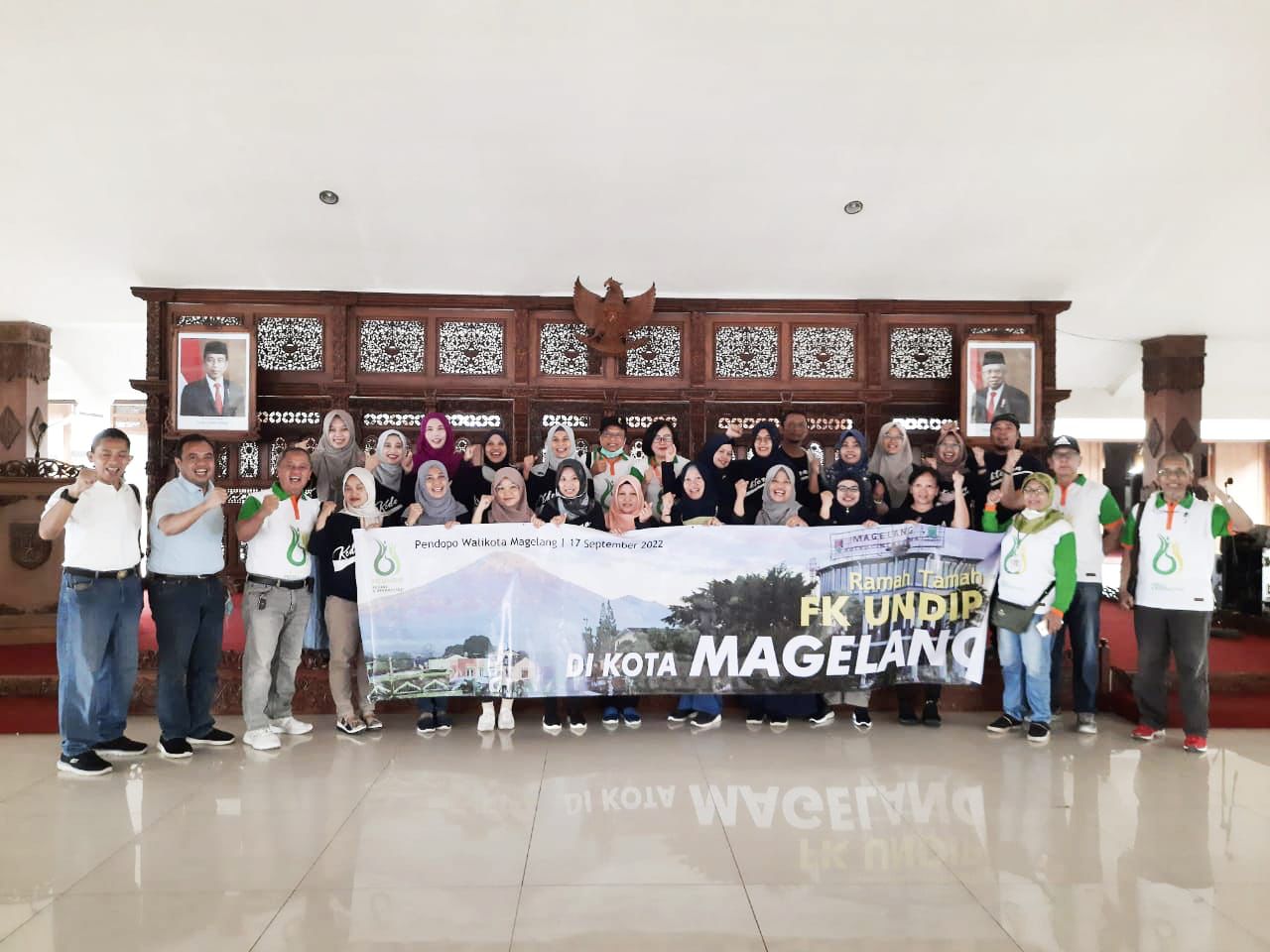 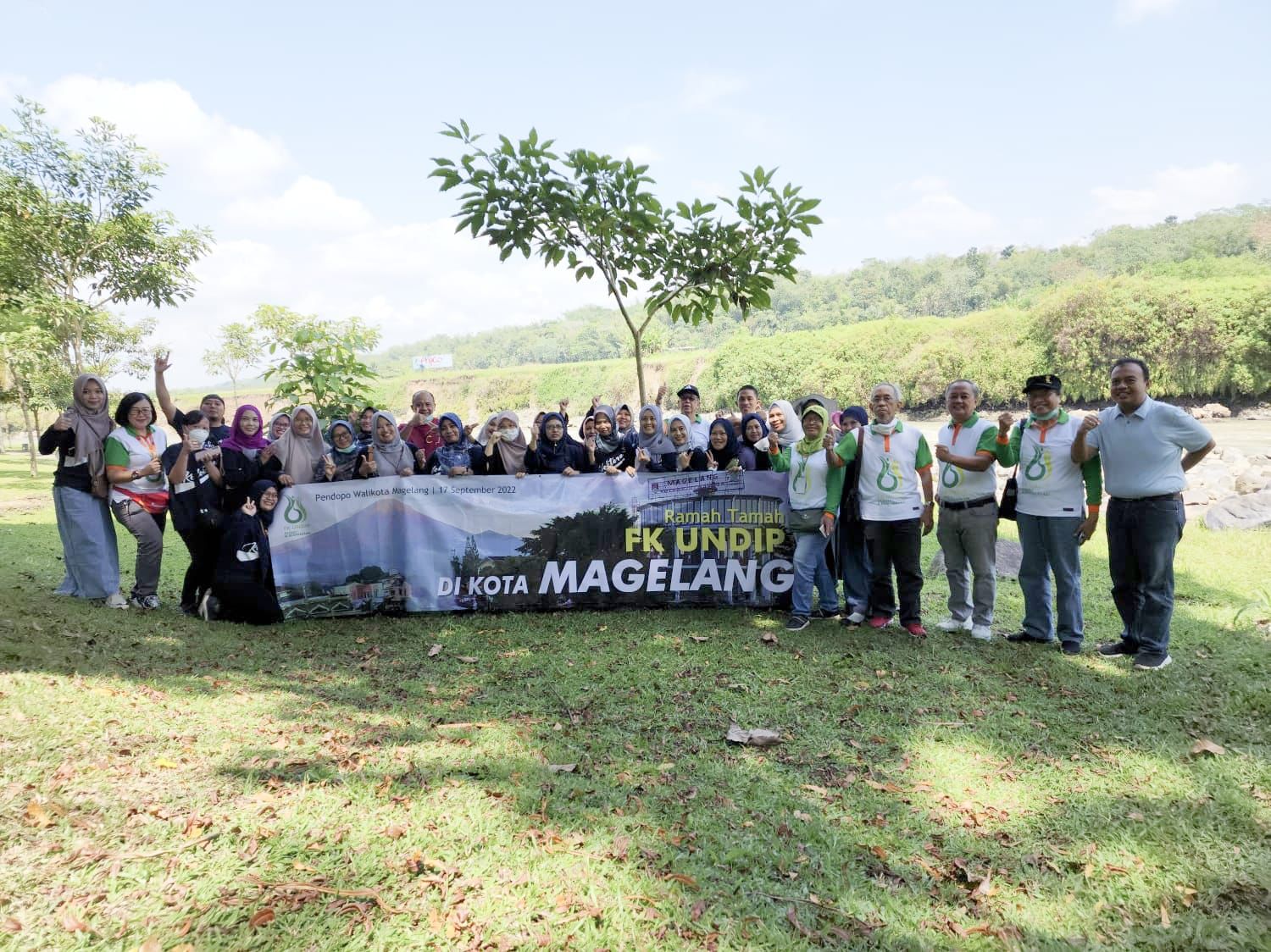