Rector: Maintaining Integrity Is the Key to Being a Great Nation 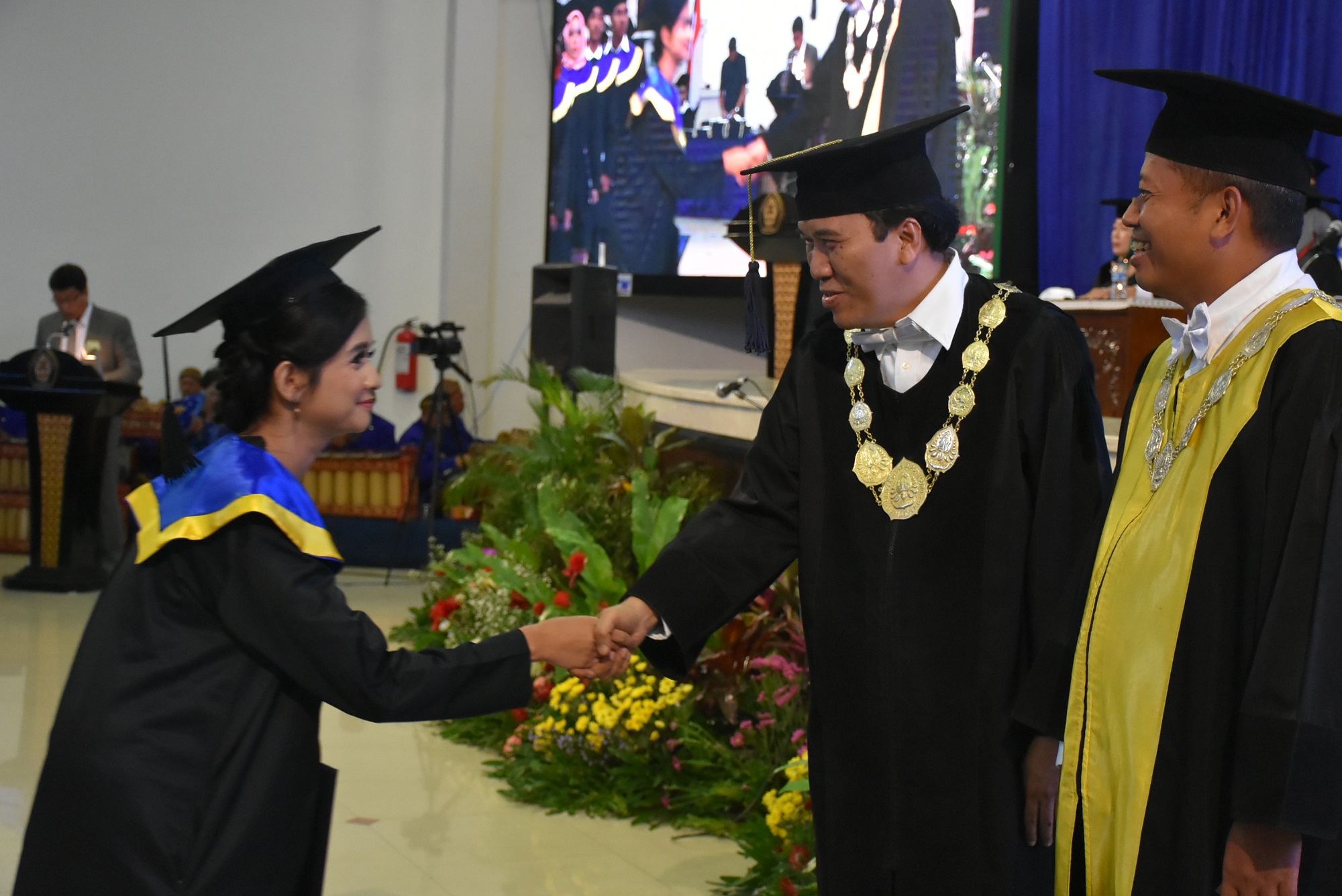 Diponegoro University in its 154th graduation period graduated 1,938 of its students, consisting of 24 doctors, 371 Masters, 32 specialists, 202 professors, 1,184 Bachelor students and 125 people with 22 recipients of the scholarship program on Thursday (3/5) in the Prof. Soedarto building, SH, Undip Tembalang campus.

The Rector added that the key to the change of the Indonesian nation in exploring this millennium era, is our ability to maintain integrity as a nation that is virtuous, honest, fair and caring but also prestigious and competitive with other nations, “he said.

“Indonesia is a huge nation, but we don’t want this nation to be known for its large population, but for its competitiveness potential.”

“A great nation is a nation that is supported by the research and science that it does, and with that, Undip will respond and bring its vision to become a superior Research University. We believe that strong and great research alone will bring the Indonesian nation as a world respected nation, “he concluded.