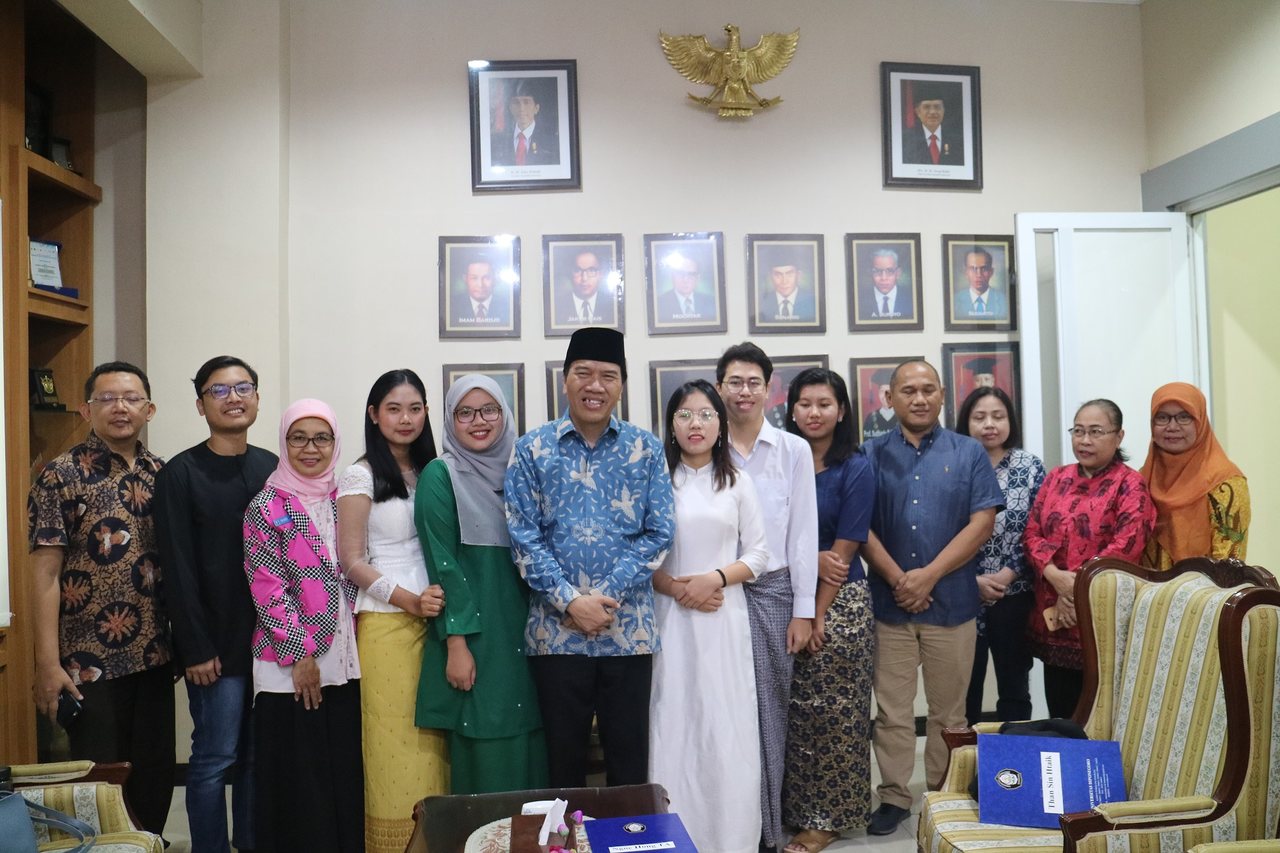 For the fourth time, Diponegoro University accepted the exchange student through SHARE program that was funded by the European Union (EU). In this program, Undip accepted six students that were from Malaysia, Myanmar, Cambodia, and Vietnam. The bachelor degree students were studying for a semester in Undip with the majors such as Biology, Biotechnology, Anthropology, Communication, and Industrial Engineering.

During the farewell, the Rector of Undip, Prof. Yos Johan Utama, S.H, M.Hum gave a graduation certificate and congratulated them who succeeded in finishing the study. Moreover, it was announced that Undip would give a master scholarship to foreign students in ASEAN countries. The Rector then invited the SHARE alumni to continue their master degree by using Undip scholarship. The farewell was attended by the Head of International Office, Dr. Ir. ItaWidowati, DEA and managers of each related departments.

Not only accepting the inbound students, but Undip had also got the opportunity to send ten students to Vietnam, Cambodia, and Malaysia (outbound its students to study overseas). The students were studying for a semester in the major of Oceanography, Biology, Industrial Engineering, Architecture, Business Administration, Accounting, and International Relation.

This SHARE program is a big trust from the European Union to Undip as one of the universities that organize the scholarship in Indonesia. This program gave a huge opportunity to foreign students in bachelor degree that came from ASEAN countries to continue their study in Undip, and also for the Undip students who want to pursue a study in ASEAN countries. This program aligns with Undip mission to reach the top 500 in global ranks.