Undip Provides an Assistance to Students Impacted from a Disaster in Lombok, Palu, Donggala 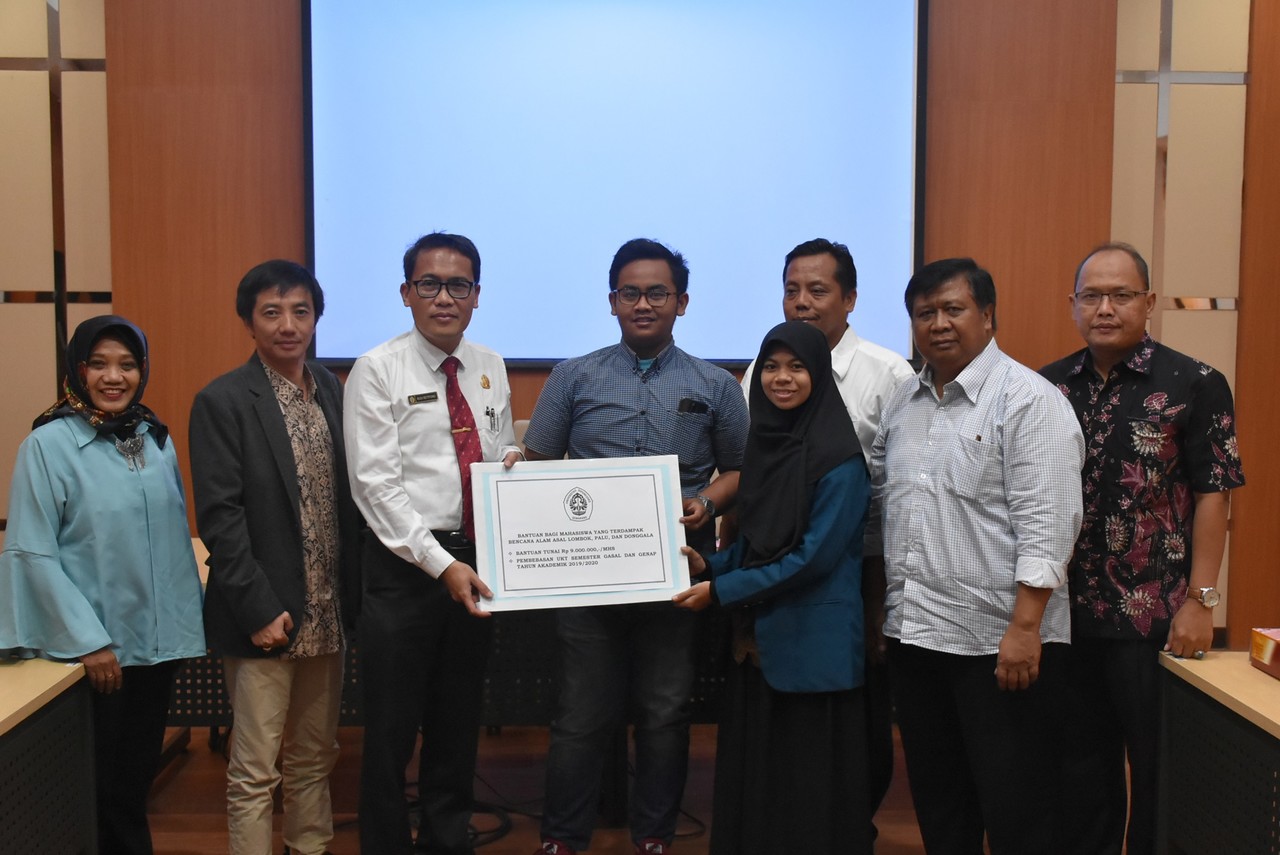 Budi Setiyono, S.Sos., M.Pol.Admin., Ph.D said that the assistance was given to 38 students. “The assistance provided is in the form of 9 million rupiah in cash per student and a discharge of student tuition for 2 semesters in academic year 2019/2020,” said Budi.

Budi also thanked all those who supported the assistance. He said that the assistance is expected to be able to provide enthusiasm by not worrying the college tuition, and to ease the burden of victims of the disaster.

“The assistance from Undip is one of the efforts to provide disaster relief and as a form of affection from the campus and the community so that students do not feel alone in facing trials both materially and spiritually,” said Budi.