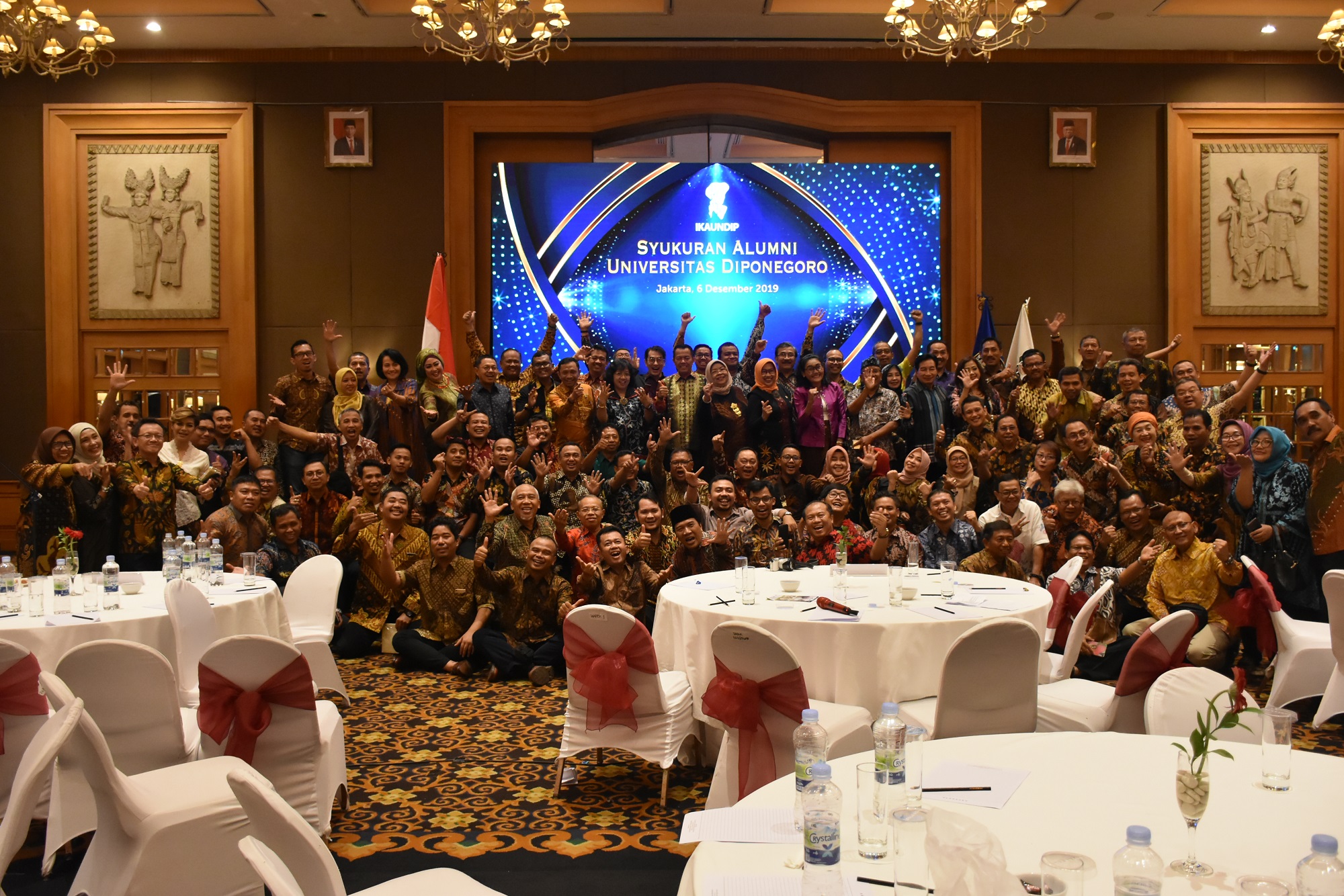 College alumni spread throughout Indonesia and the world are valuable potential for the growth of the campus as their alma mater. The contribution of alumni is also expected, one of them is by building synergy.

Efforts to build synergy in sustaining the existence of the world of education continue to be pursued by the Alumni Association (Ika) of Diponegoro University (Undip) Semarang, Central Java. One such effort is through the holding of the Ika Undip National Work Meeting (Rakernas) which was held in Jakarta, Saturday (12/07/2019).

The Rakernas carries the theme “Organizational Revitalization and Optimization in the Framework of Empowering Alumni” and was officially opened by the Head of Ika Undip, Maryono and marked by the beating of the gong.

“So far, Undip has printed hundreds of thousands of alumni spread throughout Indonesia, even the world. This has become an extraordinary potential, just how we move this potential so that it can contribute to the campus, “said Maryono during his statement in Jakarta, Sunday (12/08/2019).

The Rakernas will discuss strategic programs going forward and discuss efforts to encourage Undip to become a global campus capable of producing resilient individuals and able to compete at the global level.

Maryono also hopes that the alumni can give great attention to the development of Undip. “The contribution of the alumni is a necessity to make Undip become more known, bigger, and worldwide,” said Maryono.

Maryono emphasized that the alumni remained committed to supporting the development of the campus. As alumni, he feels he has a responsibility to maintain the good name of the campus, support the creation of a better education climate and keep abreast of the times.

“We want to do what we can, both for the university and its fresh graduted,” Maryono said.

The Vice Rector for Academic and Student Affairs Prof. Budi Setiyono, S. Sos., M.Pol.Admin., Ph.D in his speech said that Undip has developed rapidly in various ratings. “It is certain that Undip is always in the top 5 position in the national arena,” said Prof. Budi.

Budi added that in terms of governance, Undip is currently developing integrated patterns and total management including alumni activities for Undip acceleration to reach the rank of 500 in world rankings.

“In the future, alumni will get an SSO account (Single Sign On), an application that can link alumni activities with alma mater, which alumni can always synergize and integrate with so that their potential can be directed,” concluded Prof. Budi.

Meanwhile, in the Welcome Dinner and Alumni Thanksgiving held on Friday (12/06/2019), Undip Rector Prof. Yos Johan Utama straightforwardly explained numbers of amazing Undip achievements. The achievement starts from the results of the survey, Undip entered the top three most favorite state universities (PTN) in Indonesia and ranked 2nd as the PTN that had the best service. Undip is also the campus with the best research results.

Undip is also encouraging the release of many new professors by sending their teachers abroad. “Every year Undip is targeted to have 75 professors,” said Prof. Yos.

On that occasion also given a total of 33 Undip pins to 33 people, both who experienced promotion and newly elected as members of the Parliament as well as those who achieved domestic and foreign achievements.

Meanwhile, the Head of Ikanot Undip and Deputy General Treasurer of Ika Undip, Otty Hari Chandra Ubayani specifically invited alumni to be able to support the campus so that more superior human resources (HR) were ready to face global competition.

Otty emphasized that alumni born from the same ‘womb’ (campus). “Therefore, we must support each other. The success of an alumni is also a result of the support of all alumni. We are all big families who have to support each other, “Ubayani said.