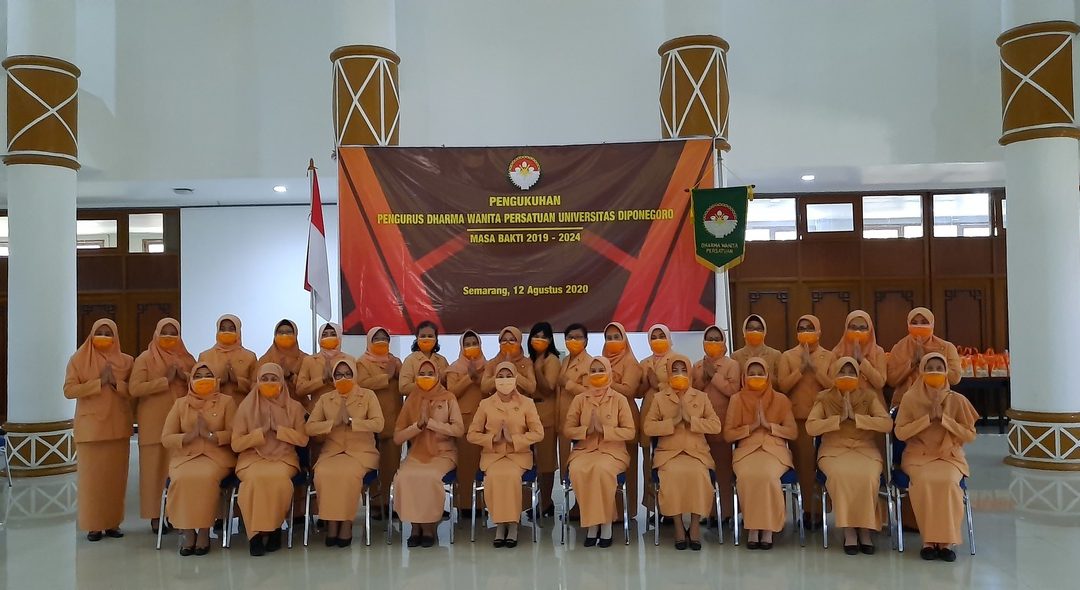 Recently, Dharma Wanita Persatuan (DWP) UNDIP was inaugurated at the Work Meeting and Inauguration of DWP Management Boards, Services and Agencies of Central Java Province for the 2019-2024 Period on Wednesday (12/8/2020).

At the Inauguration and Confirmation ceremony of the Central Java Province DWP, the organizing committee also selected The Best Performance to display the photo frames of each DWP. DWP UNDIP have achieves Top Third of The Best Performance. The assessment criteria were based on the completeness of the attributes, neatness and supporting layout.

After the Inauguration and Confirmation of the DWP by the Chairperson of the DWP of Central Java Province, it was then continued with the DWP UNDIP Work Meeting led by the Chairperson of the DWP UNDIP Mrs. Asih Budiastuti Yos Johan Utama. In her remarks, Mrs. Asih said that DWP UNDIP had many roles to encourage the wives of ASN members of Dharma Wanita to partake in an active role in supporting their husbands to always improve the work performance and work comfort. “The wife is the driving force for the husband to always improve their performance,” said Mrs. Asih. “The role of the wife is to always provides support, creates a warm family atmosphere, which is the husband’s enthusiasm to work,” she concluded.