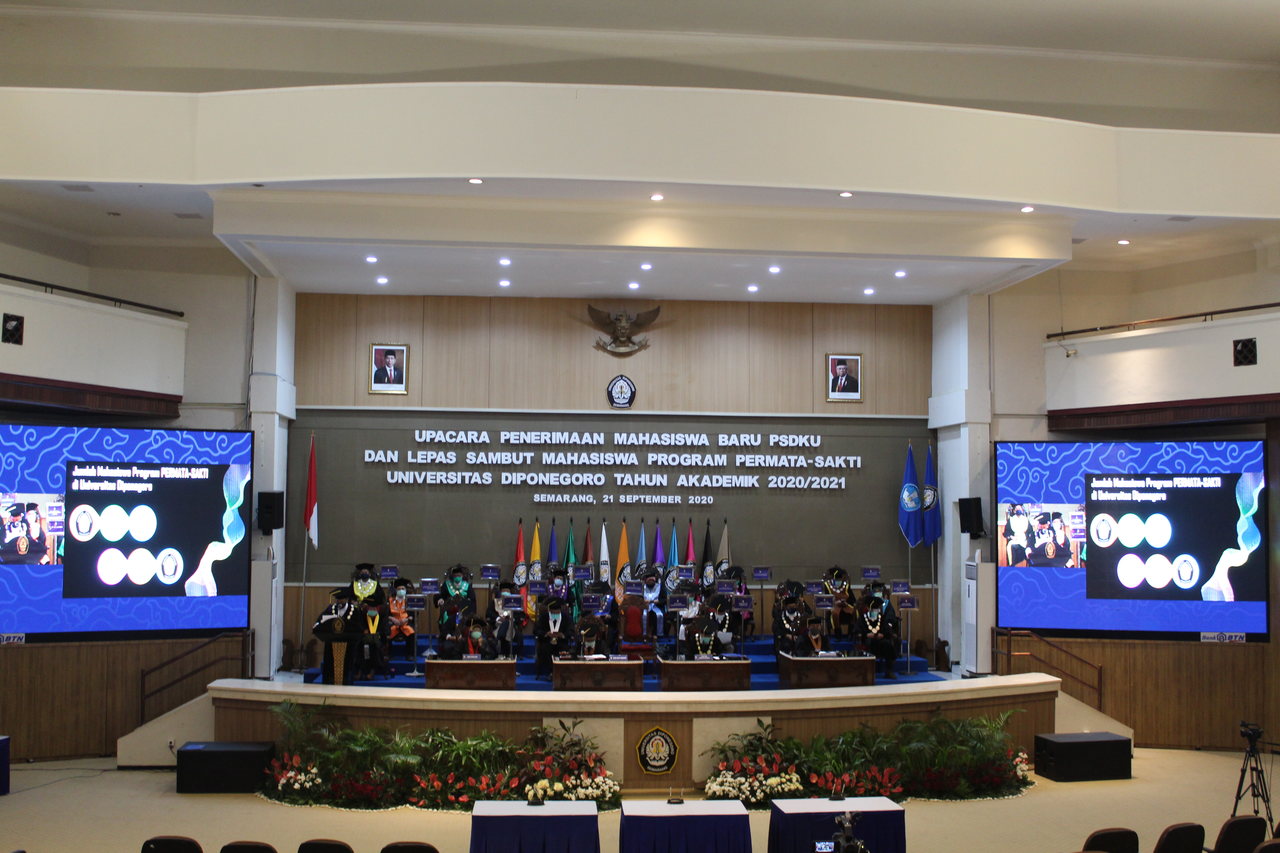 The ceremony was opened with an introduction from the Chair of the Academic Senate and a report from the Vice Chancellor I. In the 2020/2021 Academic Year, there were 459 new UNDIP PSDKU students consisting of 89 undergraduate students and 370 diploma program students. The new students will later study at the Undip PSDKU Campus which is located in the cities of Pekalongan, Batang, and Rembang. The arrival of new students was also welcomed by the Regent of Pekalongan, the Regent of Batang, and the Regent of Rembang.

This archipelago-level student exchange program has several objectives: to increase the insight into the nationality and integrity of students throughout Indonesia, to develop leadership abilities and student soft skills with Pancasila characters, to provide opportunities for students to gain learning experience at other universities, and also to improve the quality of education through strengthening comparative advantage of each college. 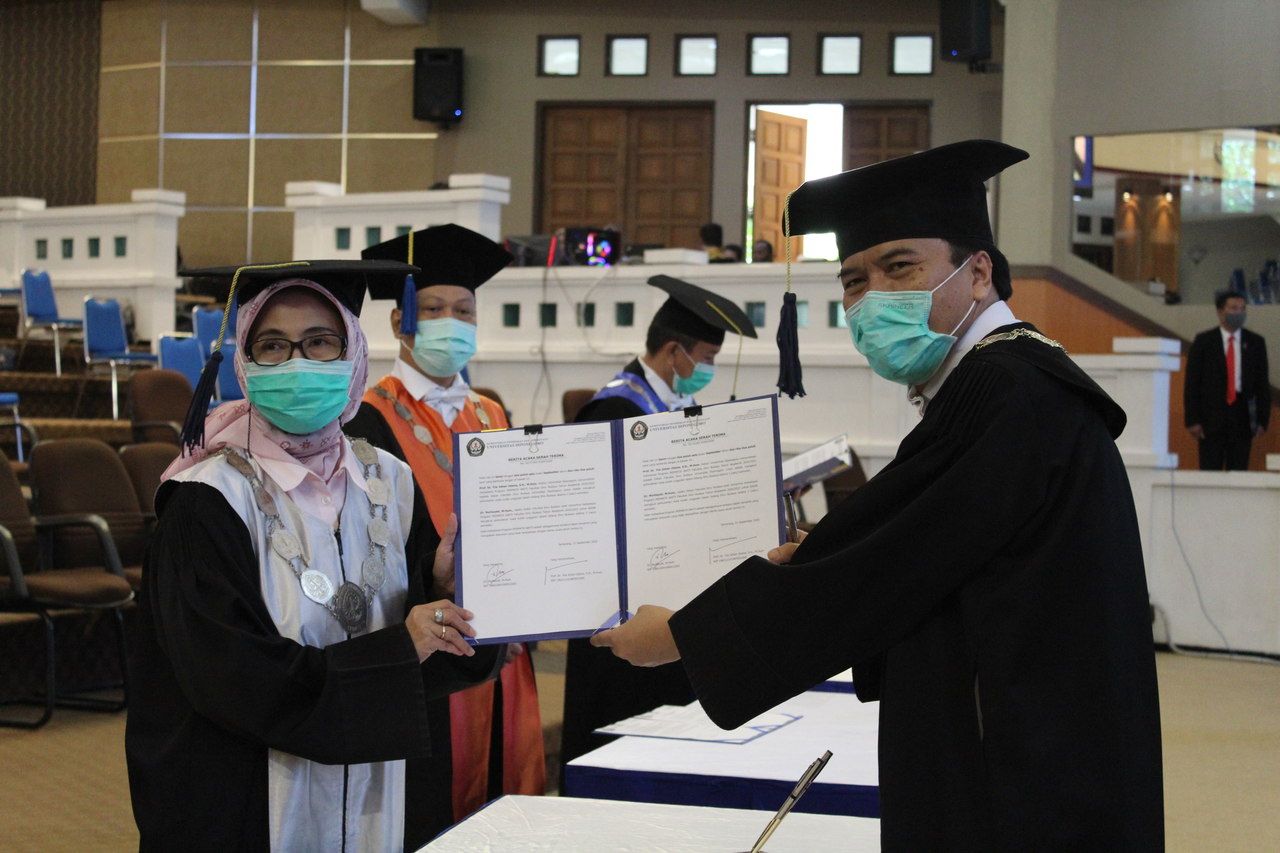 As a World Class University which is ranked 4th in Indonesia, UNDIP always improves its learning system for the better.

By building the PSDKU campus and joining the PERMATA-SAKTI program, it is hoped that UNDIP students can face globalization with good collaboration and acceleration between students and campus. “Welcome, new students of PSDKU and PERMATA-SAKTI 2020. UNDIP is a national university whose students consist of various ethnic groups and are anti-radicalism. Here, students study not only academically but also non-academically, such as soft skills by joining organization to develop their potential, “said Prof. Yos Johan Utama, S.H., M.Hum.

Prof. Yos also expressed his gratitude to the Government, especially to regional leaders, the Regent of Batang, Pekalongan and Rembang who supported the PSDKU student learning facilities, hoping that the Undip PSDKU campus can continue to assist the Government in educating the nation and also produce graduates who are reliable and provide benefits to society.