Prof. Yos Johan Utama: Language in Judicial Legal Documents Should Not Cause Error of Language and Meaning 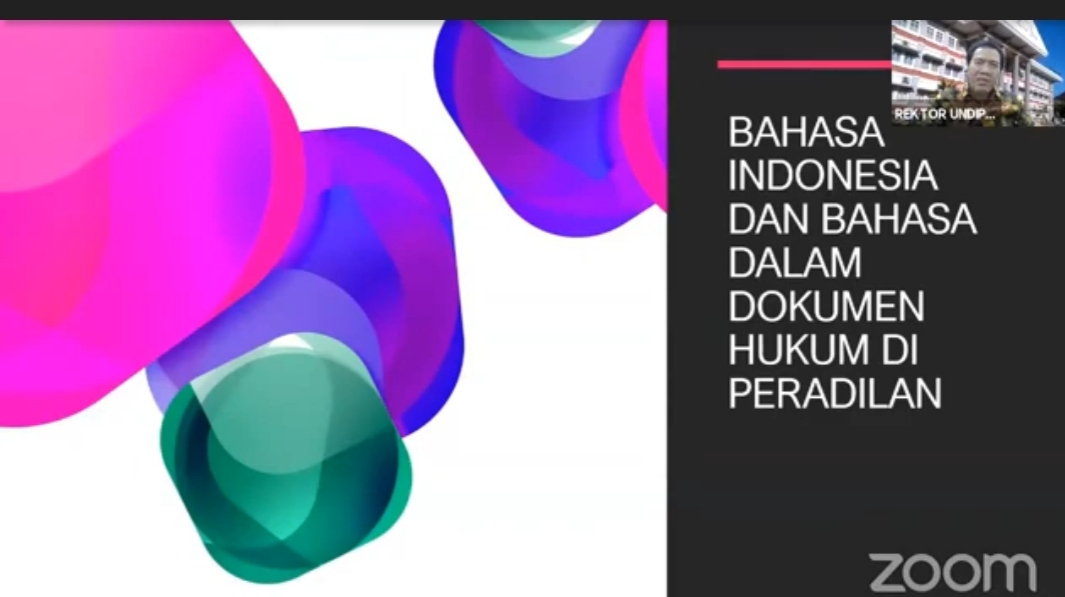 “The language in judicial legal documents, every word and sentence and symbol used must fulfill general logic, legal logic and compliance, must be proven and irrefutable, inviting the reader to justify the arguments given or to affirm arguments of the opposing party, containing overall consistency with the whole argument used, showing politeness and respect for the judiciary, structured as the art of convincing people about the truth of what is being conveyed, and not causing confusion in language and meaning.” This was conveyed by Rector of Diponegoro University, Prof. Dr. Yos Johan Utama, S.H., M.Hum., in the Webinar “Dynamics of Legal Language in the Forensic Field” which was held by Language Center of Central Java Province, on Thursday (8/4).

“Grammatical error is error due to sentence construction in such a way that the meaning is branched. This can be caused by order of a certain word or term in the context of sentence. As a result there is more than one interpretation of its meaning, even though only one meaning is correct while the other meanings must be wrong,” he explained.