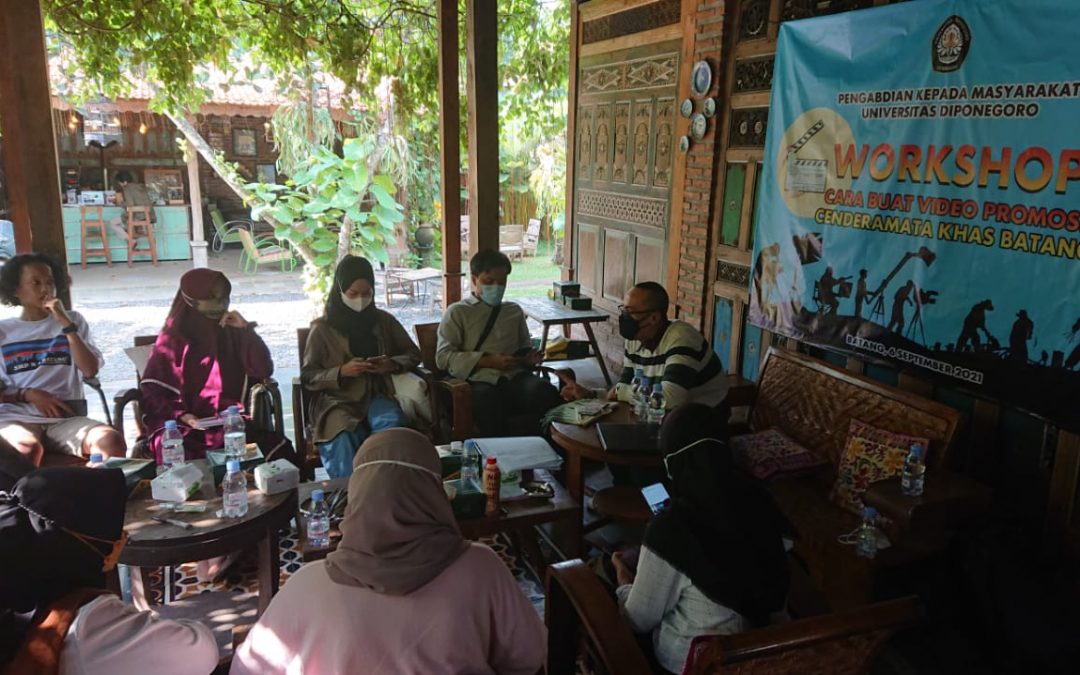 Diponegoro University conducted community service in a workshop on making promotional videos of souvenirs on Monday (6/9) in Batang. This activity is an effort to help stimulate the community’s economy as well as an indirect form of promotion of tourism in Batang Regency as conveyed by Head of Community Service, Agus Naryoso.

“The existence of a promotional video for souvenirs from Batang Regency can help to boost tourism in Batang because later the audience will link the product with the place of production. The MSMEs actors are required to be able to make tourism videos of Batang area, because this will be a mutually beneficial effort. Tourism is advanced and the community’s economy is increasing,” he said.

One of the speakers in this workshop, Rintulebda A. Kaloka emphasized that making promotional videos can use various social media platforms such as Instagram, Facebook, YouTube and TikTok.

“To make a promotional video, what needs to be considered is the concept of the video content. There are various concepts that can be applied whether it is direct promotion, inspirational, informative, entertainment, tutorial and so on. This concept must also be accompanied by maximum execution so that it can create an impression in the minds of the audience,” he said.