Hendrar Prihadi, Mayor of Semarang City, Became One of Undip Graduates with Cumlaude Predicate on the 164th Undip Graduation 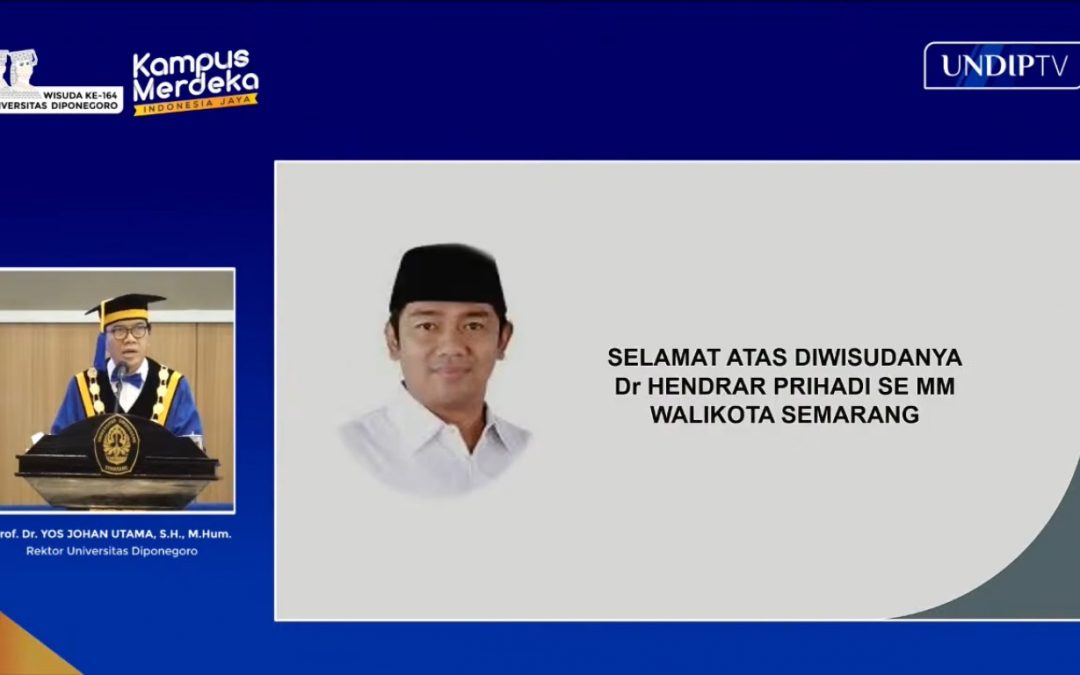 The Mayor of Semarang City, H. Hendrar Prihadi, SE, MM has just finished his doctoral study and is entitled to a Doctorate degree after attending a doctoral promotion session at the Faculty of Social and Political Sciences (FISIP) of Diponegoro University (Undip) on Wednesday (29 /9/2021). The Mayor of Semarang City for the two periods graduated with a cumlaude predicate. Hendrar Prihadi, who is familiarly called Hendi, wrote a dissertation entitled “The Smart City Governance Model of Semarang City”. The man who was born in Semarang on March 30th 1971 conveyed that the title of this scientific work was based on the conditions of urban problems and challenges in the current global era, including the city of Semarang. From these problems and challenges, Hendi then looked for smart solutions and smart concepts.

“Undip graduates are graduates who have been prepared both as competitive job seekers and reliable job creators. Excellent educational performance proved by Undip being ranked first in the QS Employability Ranking which was announced on September 23rd 2021. The rankings showed the speed and accuracy of Undip graduates in getting jobs after graduation,” Agus concluded.