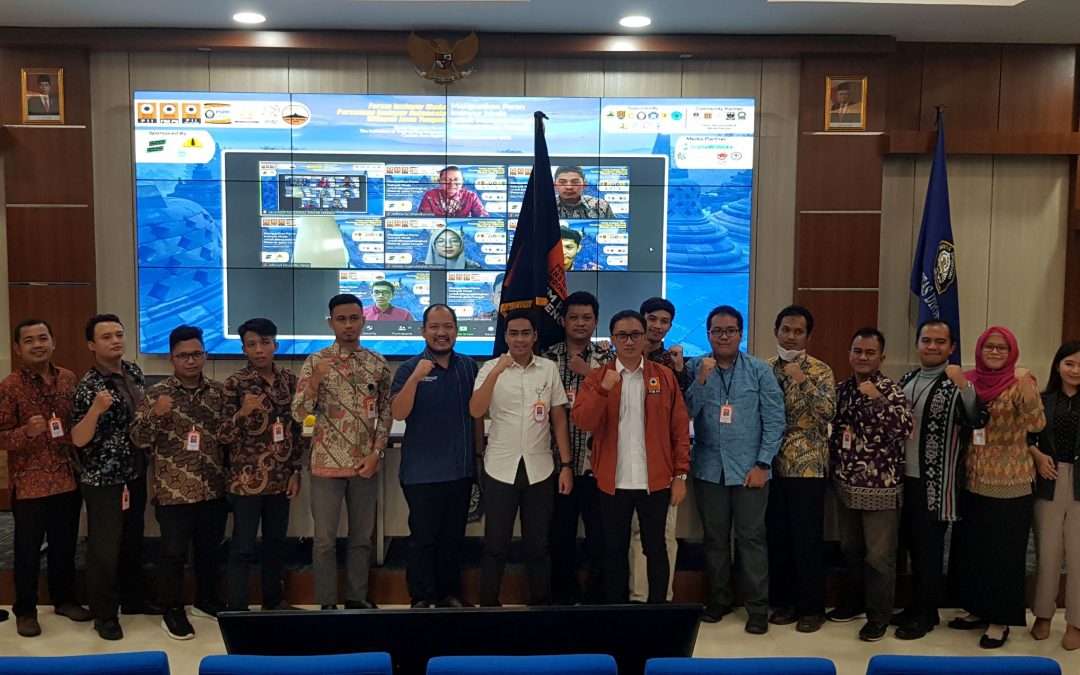 The National Seminar entitled “Strengthening the Role of Young Engineers to Develop the Potential of Central Java” was successfully held by the Regional Board of the Young Engineers Forum of the Indonesian Engineers Association (FIM PII) of Central Java on Saturday, December 11th 2021, at the Theater Room of Dean Building of Faculty of Engineering, Diponegoro University, Semarang. The seminar which involved several stakeholders from Central Java Province and the higher education community in Central Java and Semarang City was carried out offline and online through Zoom meeting application. The event was attended by more than 200 participants including students, practitioners to academics abroad.

The given of opening speech started from the Deputy Governor of Central Java, H. Taj Yasin Maimoen, represented by Ir. Arief Djatmiko, M.A. (Head of the Department of Public Housing and Settlement Areas); General Chairperson of PII, Dr. Ir. Heru Dewanto, M.Sc.Eng, IPU, ASEAN.Eng, ACPE; to the Regent of Kendal, Dico Muhtado Gaiunduta, B.Sc. as one of the potential young technocrats; were done virtually by giving full support to the work of Young Engineers in Central Java to develop the region.

In addition, the remarks from Prof. Ir. M. Agung Wibowo, M.M., M.Sc., Ph.D. as the Dean of Faculty of Engineering Undip and Dr. Ir. Herry Ludiro Wahyono, ST, MT, IPM as the Chairperson of PII Central Java also gave full support to the FIM PII in the Central Java Region to develop the existing potential, as well as conveyed the PII programs that had been achieved. The next event is PII Congress to be held in Bali on December 16th-18th 2021.

This national seminar presented national and regional figures, including Dr. Ir. Danis H. Sumadilaga, M.Sc.Eng, IPU who served as Director General of Cipta Karya of the Ministry of Public Works and Housing 2018-2020 and Deputy General Chairperson of PII 2019-2021. In addition to presenting national figures, the seminar also presented materials from Dr. Ir. Djatmiko Waloejono, M.T. (Chairman of DPP INKINDO Central Java); Prof. Dr. Widayat, S.T., M.T., IPM (Head of the Undip Engineering Professional Study Program (PSPPI)); and Dicky Affandi, S.T., M.Sc. (representation of PT Semen Grobogan). The resource persons presented materials about the development of the engineering world, the potential that could be worked on, as well as future challenges that need to be considered as challenges for Young Engineers in Central Java.

On the same occasion, Ir. Andika Pradifan, S.T., IPP (Undip PSPPI Alumni) was also inaugurated as the Chairman of FIM PII of Central Java Region for the 2021-2024 term.

This seminar activity is a momentum for the Young Engineers of Central Java to introduce themselves formally to various parties, namely Government, Academics, Practitioners, State-owned and Private-owned Enterprises, Community and Mass Media (the Pentahelix Strategy). The Young Engineers Forum presents as a bridge for engineering graduates to enter the engineering profession under the auspices of PII, where this is a legal aspect that must be possessed in order to work professionally in accordance with Law No.11 of 2014 concerning Engineering. This seminar is one of collaborations with the Professional Engineering Study Program (PSPPI) of Diponegoro University.