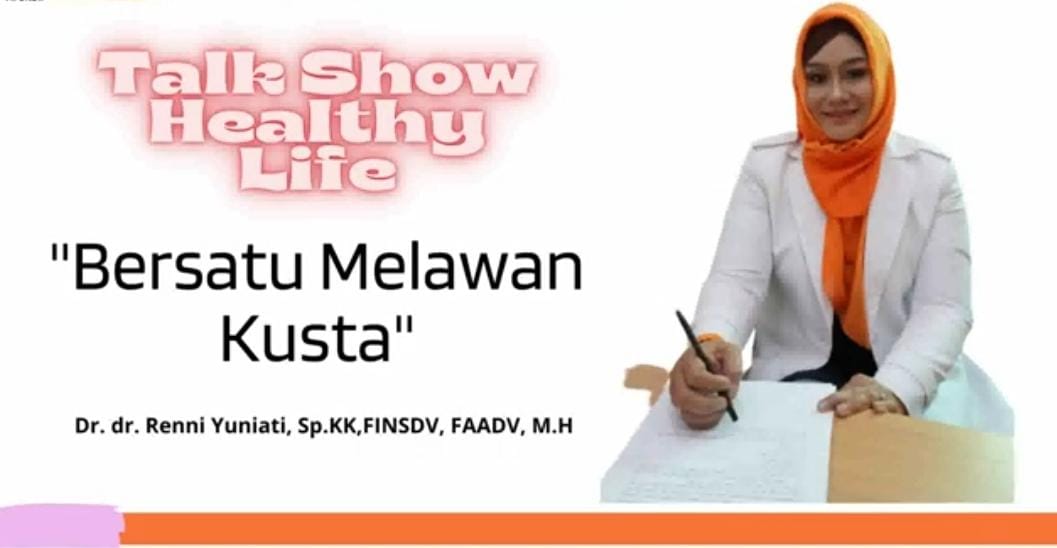 Leprosy is a chronic bacterial infection that attacks the skin, peripheral nerves, and respiratory tract, also known as Hansen’s disease or Morbus Hansen. Since it can cause disability, such as severed limbs for example fingers, sores with red spots on the skin surface, and other damage on the body, so it became one of the dreaded diseases in ancient times.

People often think that leprosy is a dangerous infectious disease and the sufferer needs to be isolated. Leprosy can be cured if the sufferer gets the right treatment. Patients can also return to their normal lives, such as working, attending school, and doing various other activities.

“Leprosy is an infectious disease caused by the bacterium Mycobacterium leprae, this disease is an old disease. Leprosy can be treated, the important thing is how we find it as early as possible, if it is too late there will be disability and widespread infection. Indonesia itself ranks third with the most leprosy sufferers in the world, India ranks first and Brazil ranks second. Of course, this is a concern for all of us to reduce the number of people with leprosy,” said Dr. dr. Renni Yuniati, Sp.KK, FINSDV, FAADV., M.H., Skin and Venereal Disease Specialist of Diponegoro National Hospital (RSND), Diponegoro University (Undip).

Dr. Renny said the characteristics of leprosy included white and red patches on the skin. If it has undergone expansion or multiplication of bacteria, it will cause hair loss, for example in eyebrows and hair. The sufferers will feel pain in the hands and feet, or have a deformity of the nose due to damage to the cartilage of the nose or the hands become a form of claws. Leprosy bacteria attack the nerve fibers at the edges, if the body’s resistance is low it will infiltrate all parts of the body except the brain, so it can be on the face, hands, feet. The infected body parts will look red, have bumps and the skin becomes dry.

“Initial treatment for people with leprosy must be started by initiation from the family to get checked up to the doctors, if there are family members whose skin has white or red spots, please immediately take them to the Puskesmas for examination. If the results from the laboratory or clinically are included in the diagnosis of leprosy bacteria, it must be treated immediately. The medicine is called Multi Drug Treatment from WHO and it is free, keep in mind that treatment of leprosy disease is a long term process. Most of those affected by leprosy are caused by problems in nutrition and sanitation, which means it is related to the economy. We must cooperate with community empowerment services related to this economic problem. Do not let those who are diligently and consistently taking medication suffer for a long time because their immune system is not enough due to poor nutrition and sanitation hygiene. Those conditions in addition to economic problems can lead to treatment failure,” she continued.

“Leprosy can be cured, don’t be afraid, accompany the patient, finish the treatment for leprosy patients and don’t have to worry about getting infected because only long and close contacts can cause infection. Help leprosy patients who are suffering with treatment, both with the help of nutrition and making them happy so that they get better faster. Don’t get rid of them. Don’t let this become a burden for patients and their families because this is also a concern for all of us,” she concluded. (Lin – Public Relations)