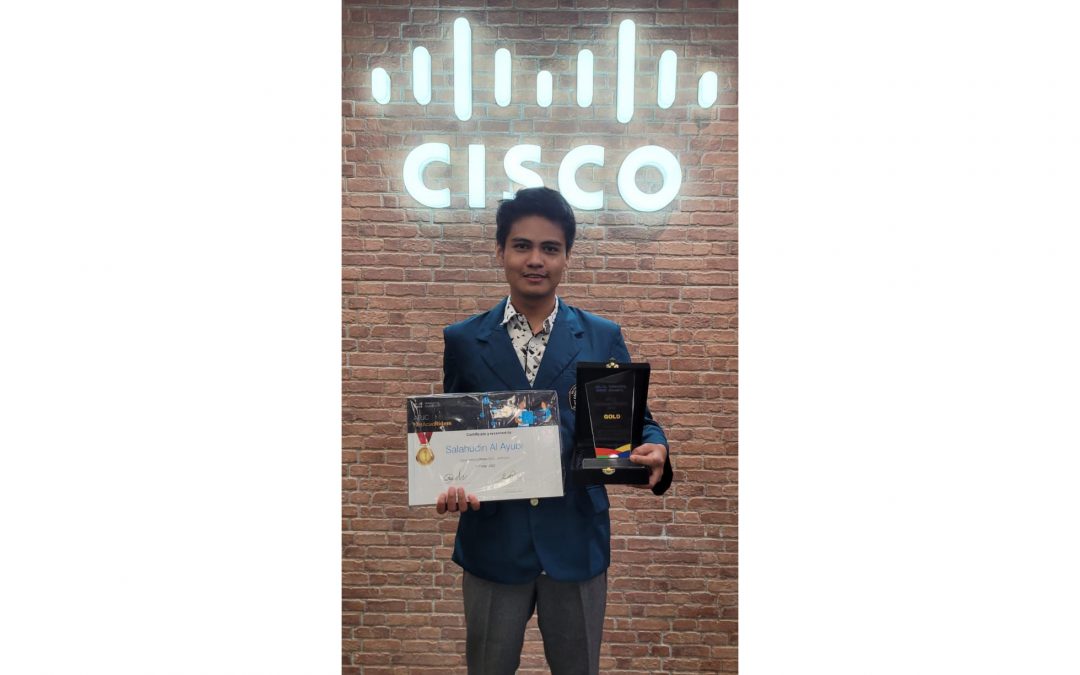 Diponegoro University (Undip) student has made another proud achievement. This time, the student of Computer Engineering, Faculty of Engineering (FT) Undip Class of 2020, Salahudin Al Ayubi, won first place at the national level in the 2022 APJC NetAcad Riders Competition. This competition was held on Wednesday (11/05) by the Cisco Networking Academy.

Previously, Salahudin passed the Local Academy level selection stage in the first round and became a representative of the Cisco Academy Computer Engineering Diponegoro University. Then Salahudin continued the second round of competition which was a national level selection. He won first place after outperforming approximately 200 other participants from various universities in Indonesia.

In this national selection, Salahudin needed to answer 75 questions. The material for this question was from Course Cisco Networking Academy, such as Introduction to Network (ITN), Switching, Routing, Wireless Essentials (SRWE), Enterprise Networking, Security, and Automation (ENSA).

Salahudin has made various preparations. Before the second round of competition started, he reviewed the material that had been studied previously. “The material includes general network theories and Cisco proprietary technologies because in this second round the competition is in the form of answering questions through the LMS Cisco NetAcad,” he said.

“To prepare for the third round, what I did was to deepen the material I learned in the second round and focus on practicing it directly on the simulator. Since the third round of competition is in the form of a challenge to configure Cisco network devices on the Cisco Packet Tracer simulator,” continued Salahudin.

Successfully being ranked first in the second round, Salahudin became the representative from Indonesia to compete again at the Asia Pacific level. He competed in the final round of the 2022 APJC NetAcad Riders competition, which was held at the Cisco Systems Indonesia Office on Tuesday (24/05). Salahudin managed to get a Scoring Gold.

“I feel proud because I can represent Undip in the 2022 APJC NetAcad Riders competition. This achievement also pays for the hard work I have put in so I believe even more in the phrase ‘results will not betray effort’. Besides that, I am also proud to be able to bring the name of Indonesia, and especially Undip to get an exposure on the international stage in the round 3 competition of APJC,” Salahudin explained.

In the future, Salahudin admitted that he has always been interested in competitions that match his field. “So I still plan to take part in other competitions domestically and internationally,” he said.

Salahudin’s achievements were the result of prayer, hard work, and making the best possible use of existing opportunities. “We don’t need to dwell on things we can’t control. Instead, maximize what is our domain of control, such as taking advantage of opportunities and trying as much as we can. Besides trying, don’t forget to always pray and be grateful to God Almighty because nothing will happen without His blessing. Effort without prayer is arrogant and prayer without effort is a lie,” Salahudin concluded.