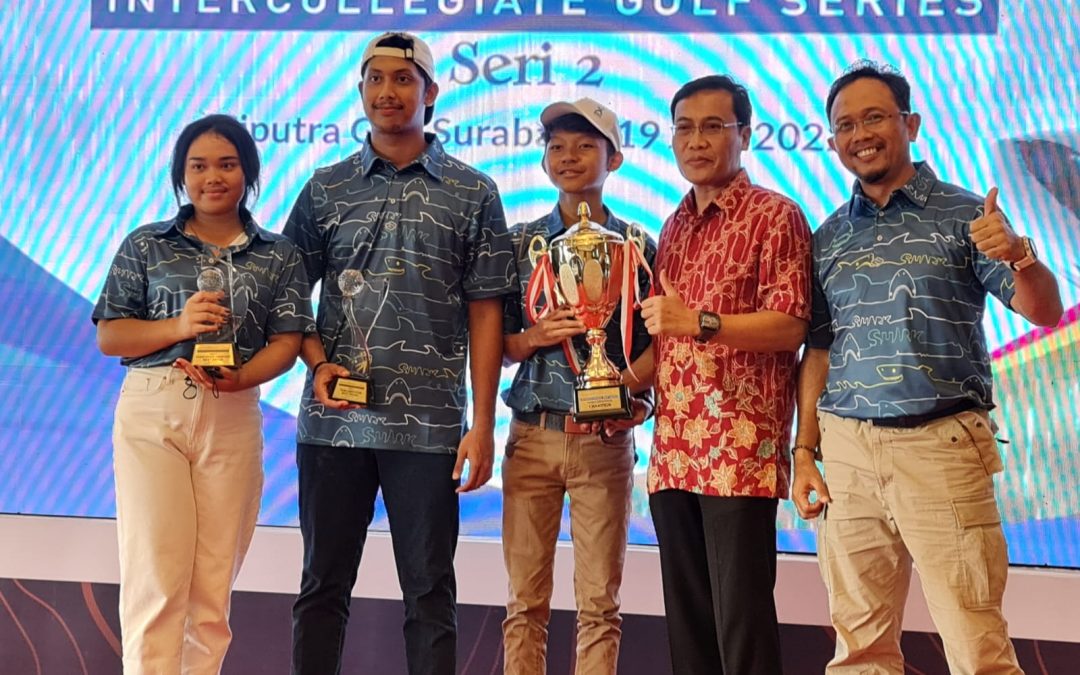 Diponegoro University (Undip) once again achieved a proud achievement in the field of sports. This time the achievement was made by Diponegoro Golf Community (DGC) together with BSO/UKM Golf Undip, Dipo Golfers, who won the overall champion in the Intercollegiate Golf Series (IGS) Series-2 tournament at the Ciputra Golf course, Surabaya on Sunday (19/06).

On that occasion, Prof. Budi Setiyono expressed his gratitude to the alumni and students who were involved in the championship and helped bring the sport of golf to life at Undip. “Undip is the first university to have BSO/UKM Golf and will continue to provide guidance so that the achievements will continue to grow. In the future, Undip will seek to build a driving range facility to become a place for students and alumni to practice.” said Prof. Budi.

Previously, the Minister of Youth and Sports of the Republic of Indonesia (Menpora RI), Dr. Zainudin Amali opened the IGS Series-2 on Sunday (19/06) morning. This tournament is a golf tournament organized by the Ciputra Golfpreneur Foundation (CGF) in collaboration with the Indonesian State University Alumni Association (HIMPUNI).