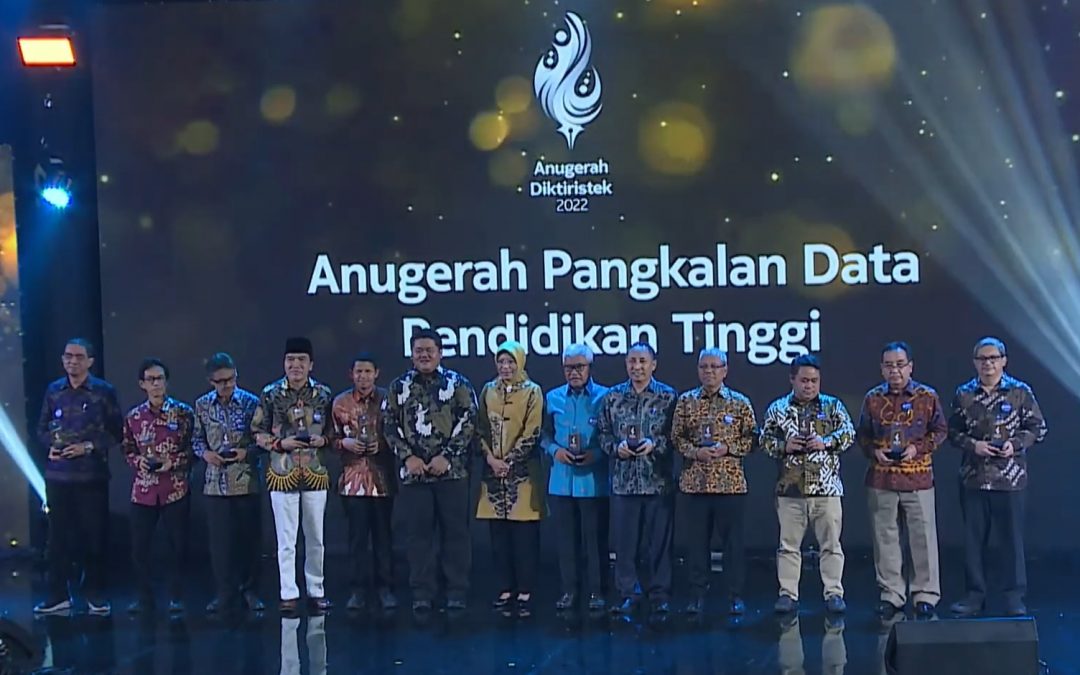 Furthermore, at the PDDikti Award in the PTN BH Category, Work Unit Subcategory with the Best PDDikti Reporting, Undip was chosen as the third best / Bronze Winner.

In his remarks Prof. Ir. Nizam, M.Sc., DIC, Ph.D., IPU, ASEAN. Eng. as Plt. The Director General of Higher Education, Research and Technology (Dirjen Diktiristek), Ministry of Education, Culture, Research and Technology (Kemendikbudristek) revealed that the awarding of this award was an appreciation from the Directorate General of Higher Education to stakeholders including Higher Education, LLDIKTI, journalists, media, and partners (ministry, institutions, as well as the business and industrial world) that have achieved the highest achievements and contributed to supporting the implementation of the transformation of higher education (Independent Learning Independent Campus, Main Performance Indicators of Higher Education, and Matching Fund).

“In accordance with the theme of Higher Education in the last three years, namely Gotong Royong, we have joined hands together to transform our higher education towards a future higher education that prepares excellent, adaptive, creative and innovative human resources, as well as having noble character to ensure the bright future of our children.” he said.

Undip Rector, Prof. Dr. Yos Johan Utama, S.H., M.Hum. expressed his gratitude for the award that Undip had won and hoped that this achievement would be a motivation to increase the enthusiasm of the entire academic community and education staff at Undip.

“Congratulations on the award that Undip has won. Hopefully this achievement will be a motivation to increase the enthusiasm of the entire academic community and educational staff at Undip to become even better and support Undip’s future performance improvement.” said Prof. Yos.