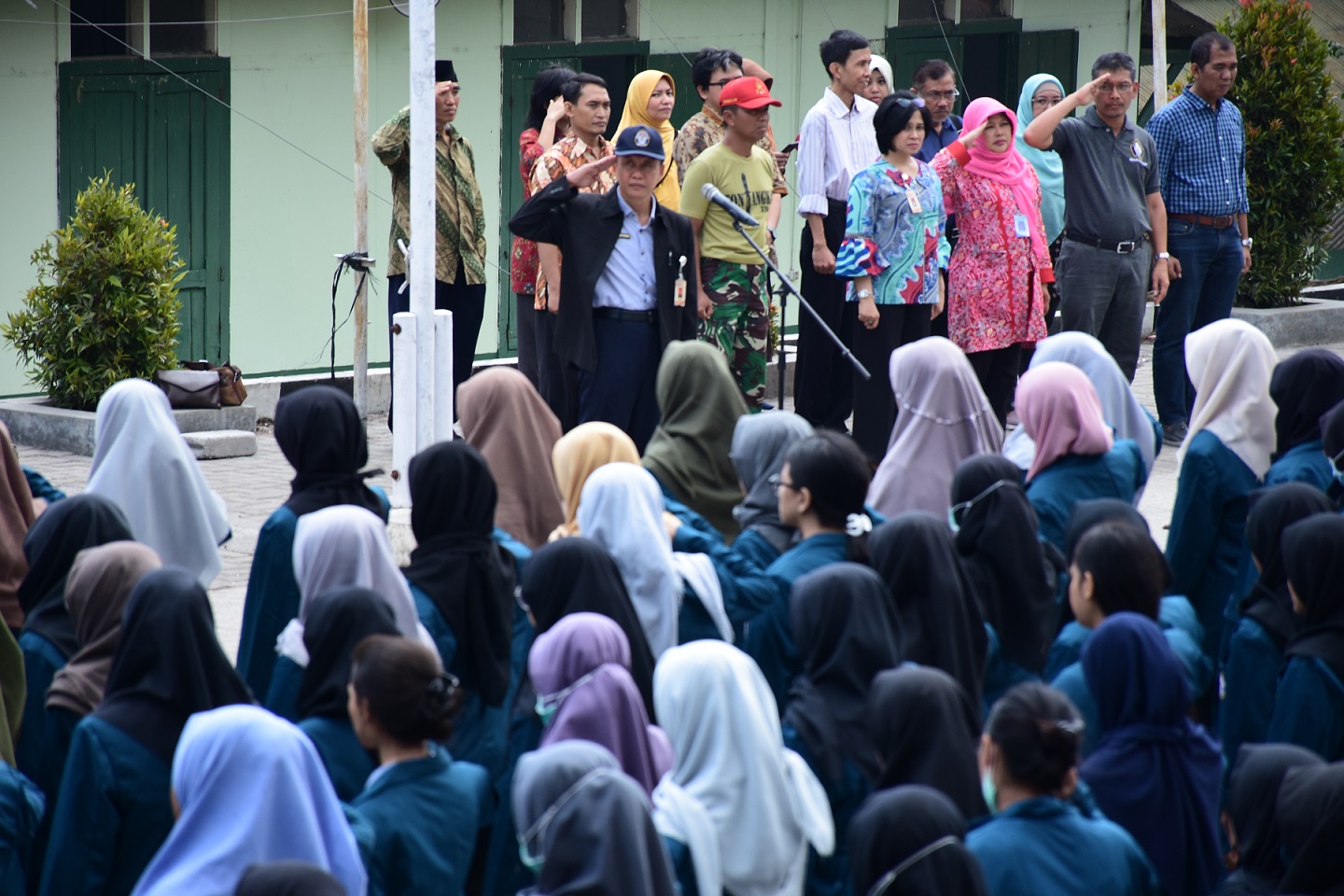 The independence of Indonesia is the result of Indonesian both heroes and citizen who fight with their hand, followed by high nationalism and spirit of unity. Those things have to be implemented and instilled by the millennial generation nowadays. In doing so, Undip Vocational School and in collaboration with Rindam IV Diponegoro had Leadership and State Defense training in a series of campus life introduction programs for new first-year students. It is hoped that by this program it could accelerate the adaptation of new students with their new environment. This training was held on Thursday-Friday, August 15th-16th, 2019 in Bantir, Sumowono, Semarang.

The theme for the character building which attended by the freshmen of Vocational School in Diponegoro University was “The Introduction of National and State Life.”

The Dean of Vocational School, Prof. Budiyono, said that “This leadership training can be a starting point of coaching the idealism, instill the patriotism and awareness of their surrounding in order to create the character that is honest, bright, caring, responsible, and firm on this generation.”

Prof. Budiyono hoped that by this leadership training, the students would have a global personality. Global personality means that having a good character like discipline, hardworking, and honest.