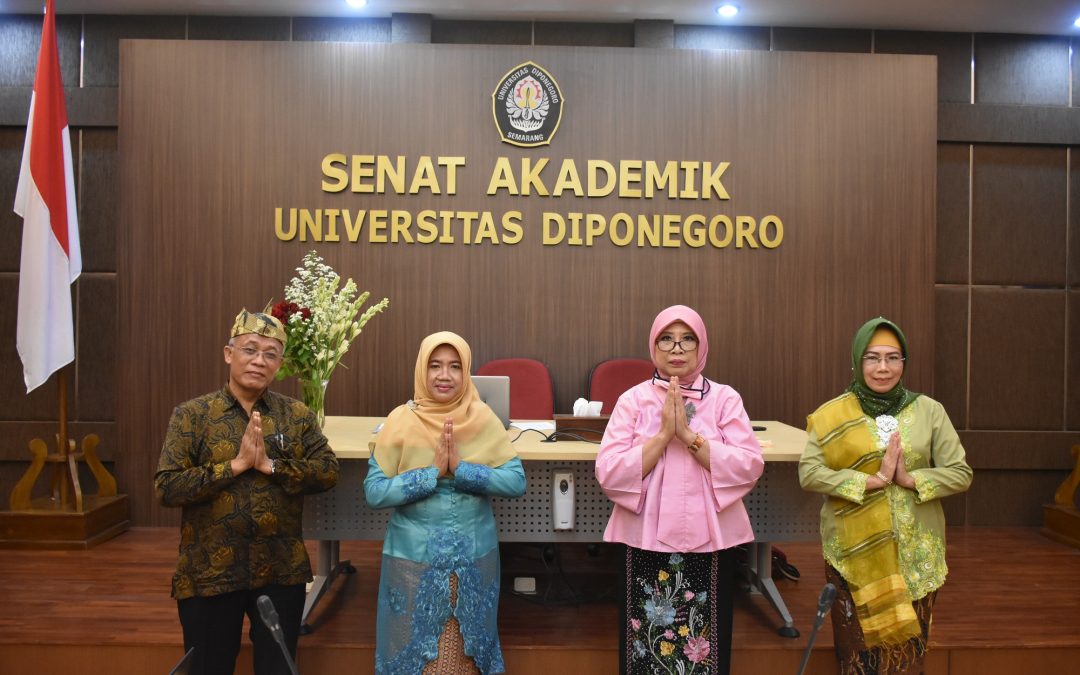 The efforts in producing new professors are in line with the vision of Undip Rector, Prof. Dr. Yos Johan Utama SH MH which is for Undip to be included in the list of 500 leading universities in the world. Until the end of this year, Undip is estimated to have 200 professors from 11 Faculties, one Vocational School and one Graduate School. Thus, two prospective professors are from the Faculty of Science and Mathematics and the Faculty of Economics and Business. Both of them are Dr. Indira Januarti and Dr. Dra. Sunarsih, Msi. They sequentially made an online presentation in the Plenary Meeting of the Academic Senate Professor Council (SA), Monday (06/15/2020).

Head of Undip Academic Senate, Prof. Dr. Ir Sunarso, MS, in his speech said that although the Covid-19 pandemic was still happening, the process of promoting new professors at Undip are still continued. “This is the umpteenth time we held a professor’s presentation. Until (the end of) June there will be 15 prospective professors who will present their scientific papers, “said Head of SA Undip, Prof. Sunarso.

In her presentation Dr. Dra. Sunarsih, Msi revealed that mathematical modeling is a field of mathematics that seeks to present and explain physical systems or problems in the real world in mathematical statements, so that an understanding of real-world problems can be obtained more precisely. The simple mathematical model is an attempt to describe a phenomenon in the form of a mathematical formula so that it is easy to learn and calculate.

Sunarsih also added that the equation system is used to illustrate how the carrying capacity of the environment in the wastewater treatment unit process system can degrade organic matter. A system that can illustrate the degradation process is a WWTP system with the interaction between elements of the concentration variable. This condition is a dynamic state where the state of the system changes with time, which is marked from an unstable state (unsteady state) to a steady state (steady state).