Undip Prepares Agent of Change for A Better Change 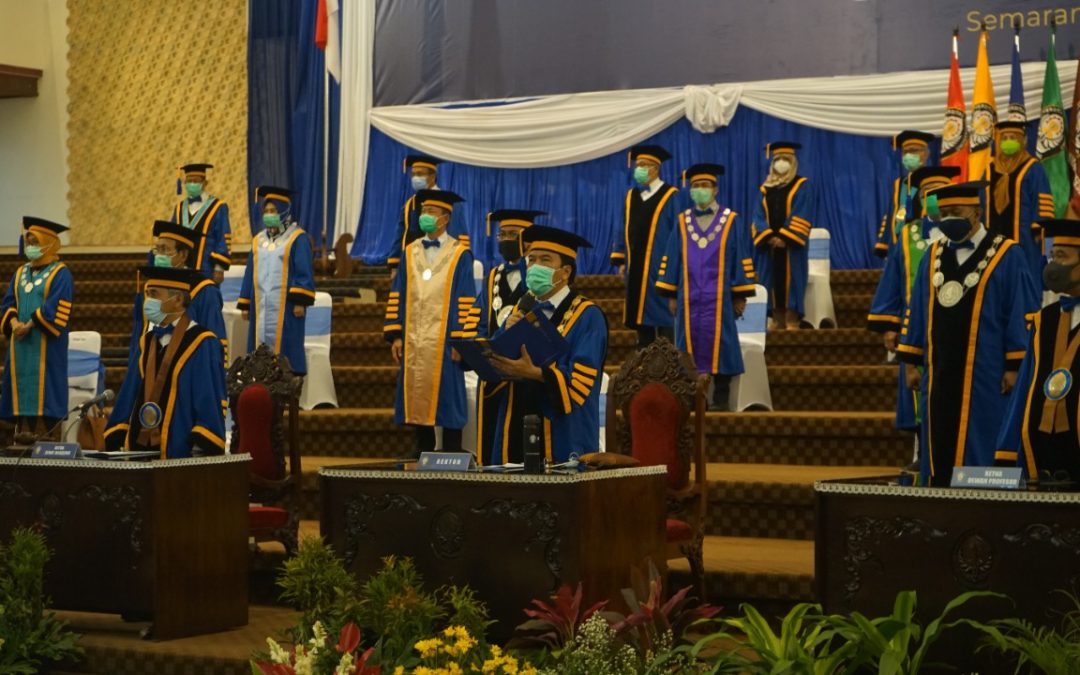 Semarang (5/11) – Diponegoro University is holding its 160th Graduation Ceremony Phase III and Phase IV today. The graduation ceremony which is held at Prof. Soedarto Building is attended by Undip Rector, Vice Rector, Chair of Academic Senate, Deputy Board of Trustees, and Deans of Faculty and School. The graduates attend the graduation ceremony live online by Zoom application.

In this graduation ceremony, a motivational video from Undip alumni are also shown. The alumni also encourage the new graduates to be enthusiastic about entering the career world and applying Diponegoro’s enthusiasm in work. This is in line with the message from Prof. Dr. Yos Johan Utama, S.H., M.Hum., UNDIP Rector, “Undip students must be subjects who make changes for the world to be better, not objects”, he said.

Representation of the graduates to express their gratitude named Fajar Hudoyo is from Faculty of Fisheries and Marine Sciences. Fajar expresses his gratitude to all the lecturers who have guided and educated the students until they earned their bachelor’s degree. Fajar also persuades the graduates to be enthusiastic and optimistic about achieving their goals. He also expresses his pride in being an alumni of UNDIP, a campus that is included in the top 10 best universities in Indonesia. “After this ceremony we will officially become Undip alumni, we will enter the next phase of life. We have been awaited and challenged to apply what we have obtained so far, starting from natural science, social science, organizational science, public relations, and many other knowledge that we have gained from campus life while being students”, he says.

Fajar also persuades UNDIP graduates to become agents of change. “Let us together to light up the world and make changes that bring benefit to the world. By what? Of course, by using the knowledge that we have gained while studying at Diponegoro University”, he concludes.