Prof. Sultana: Use of Pregnancy-Strengthening Drugs Can Affect Hypospadias on the Fetus 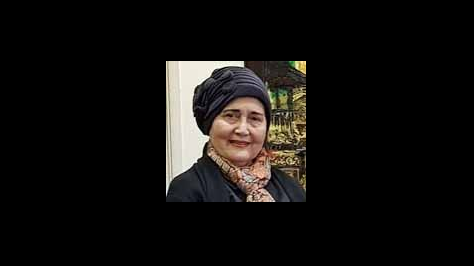 SEMARANG – Having a baby for a married couple who has been married for a long time is an extraordinary gift given by God. Moreover, the awaited baby can be born normally and avoid sexual development disorders, one of them is hypospadias, a congenital disorder caused by asynchronous sex determination and sexual differentiation. It is possibly happening during fetal development.

Medical genetics expert from Faculty of Medicine, Diponegoro University (UNDIP), Prof. Dr. Sultana MH Faradz PhD, shared tips for pregnant women to avoid hypospadias to the fetus during the delivery process. Prof Sultana urged pregnant women to reduce the use of pregnancy-strengthening drugs. This is because the continuous use of pregnancy-strengthening drugs for pregnant women who feel threatened with miscarriage without a doctor’s prescription can cause Hypospadias. This disorder causes the location of the urethrabof male babies to be abnormal and is a congenital abnormality from birth.

“This means that the use of pregnancy-strengthening drugs, especially to avoid possibility of miscarriage, must receive instructions from a doctor (not a midwife), because the recommended dose of these drugs is only at certain times, not continuously used during pregnancy. For example, high doses of allylestrenol (generic name) have side effects of hypogonadism and sexual dysfunction,” said Prof. Sultana, Coordinator of Sex Adjustment Team at Kariadi Hospital Semarang and Faculty of Medicine of Diponegoro National Hospital, in an interview on Tuesday (22/6/2021).

Another factor causing Hypospadias, said the recipient of Achmad Bakrie Award from Freedom Institute as The Best Researcher in the field of Medicine in 2012, is environmental factors such as the use of mosquito coils in area where young pregnant women present. Mosquito coils contain chemicals that have endocrine disruptors. This disorder can cause cancerous tumors, birth defects, and other developmental disorders, including gender ambiguity.

“Other causes that most often are genetic factors, multiple or twin pregnancies, premature birth, age of pregnant women more than 35 years and parents who smoke,” said Prof. Sultana who became a member of the National Research Council period of 2005-2011.

The woman who had served as Undip Vice Rector for Development and Cooperation in 2011-2015 reminded that in the case of Indonesian Volleyball National Team player who is also a member of Indonesian Army, Aprilia Manganang, is one of many cases happened. case.

It was stated that in the span of 2004-2020, only 1,069 cases of sexual development disorders were found in Central Java, and those who are consulted with Cebior. Of the cases detected, 37% of them were hypospadias, namely abnormalities that occur in the urinary tract and penis. “So oftentimes the determination of baby’s sex can be wrong,” she said.

Due to the large number of hypospadias cases, Prof. Sultana continues to actively raise the need for national management standards for handling sexual development disorders, so that early detection and optimal treatment can be carried out. This efforts aim to help people with genital ambiguity can live better lives and to not experience gender confusion. “If treated early, there will be no confusion in determining gender, parenting patterns and the quality of life of patients will be better,” she said. (PR team)