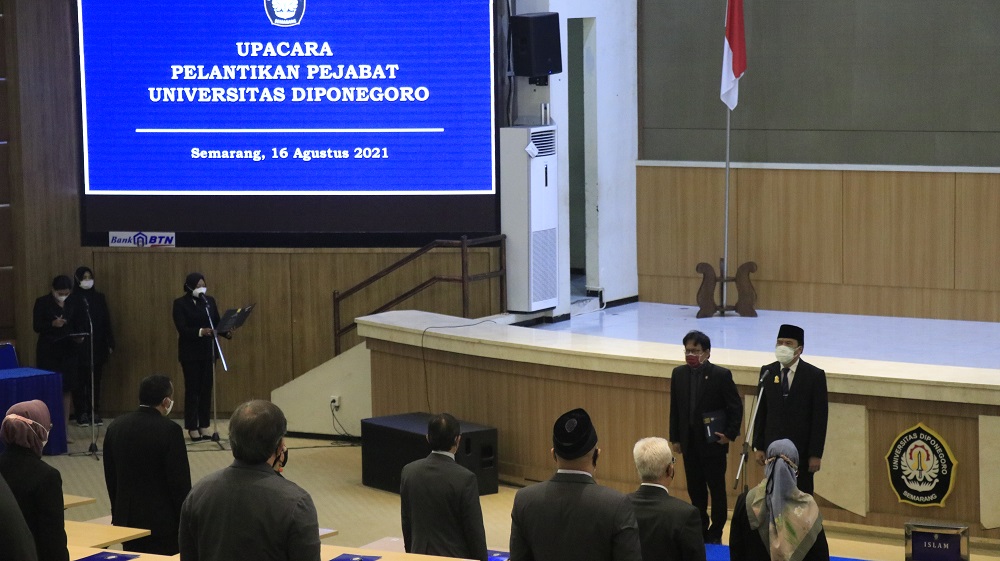 The inauguration ceremony and taking the oath/pledge of officials were attended by Chair of Academic Senate, Chair of Board of Trustees, Vice Rectors and Deans of Faculty and School at Diponegoro University. Undip officials who are inaugurated will occupy several positions in the First Functional position for Civil Servants at Diponegoro University.

Furthermore, accompanied by their respective clergy, Undip Officials were sworn in before the Undip Rector, Prof. Dr. Yos Johan Utama, S.H., M. Hum. Taking the oath of officials is carried out according to their respective religious beliefs.

Prof. Yos advised officials to always prioritize integrity in leading and maintaining the mandate of their duties. “In leading, we must prioritize integrity. Let’s implement this mandate with commendable deeds, carry out this responsibility as well as possible,” said Prof. Yos.