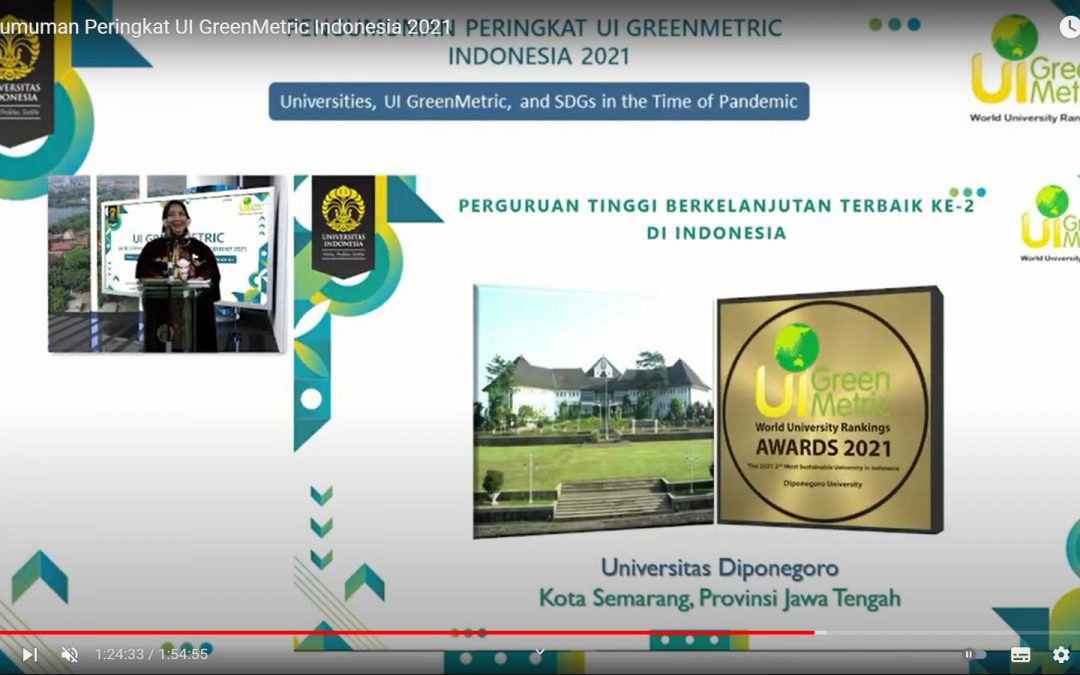 Based on the 2021 UI GreenMetric World University Rankings, these campuses are considered to have a high commitment to environmental management. The ranking was made based on incoming data from 912 universities from 84 countries within five continents in the world.

The assessment of 2021 UI GreenMetric World University Rankings, according to the organizers, is based on three pillars, namely Environmental, Economic and Social. The assessment indicators consist of Setting and Infrastructure (15%), Energy and Climate Change (21%), Waste (18%), Water (10%), Transportation (18%), and Education and Research (18%).

Similar to the rankings carried out by other institutions, in addition to the overall ranking, rankings are also carried out by region, sub-region and country. There are six regions used, namely Asia, Europe, Africa, Oceania, North America and Latin America. Meanwhile, three appointed sub-regions are ASEAN, the Middle East and the Pacific Rim. For Indonesia, a separate ranking is made, in addition to being included in the overall rating.

The Undip Rector, Prof. Dr. Yos Johan Utama, S.H., M.Hum., said that he was grateful of Undip’s achievement in 2021 UI GreenMetric World University Rankings. Prof. Yos conveyed that Undip would always provide best service to achieve excellent results were so that it could be appreciated. To be sure, Undip’s main goal in participating in various activities is not to seek rankings, but to do good things that should be done.

When giving a direct response after receiving the award, Prof. Yos said that the principle in development at Undip was based on two things, first the concept of gratitude, the second the concept of rahmatan lil ‘alamin. These two concepts become important foundations that are implemented in preserving the environment and giving empathy to others regardless of their racial and group background.

The Chair of 2021 UI GreenMetric World University Rankings, Prof. Dr. Riri Fitri Sari, M.Sc., MM., when announcing the names of the World’s Best Sustainable Campuses, on Tuesday (14/12/2021), emphasized that this activity was not only about rankings, but also establishing a strong international network. Currently, there are 32 national coordinators from 28 countries spread across Asia, Europe and America.