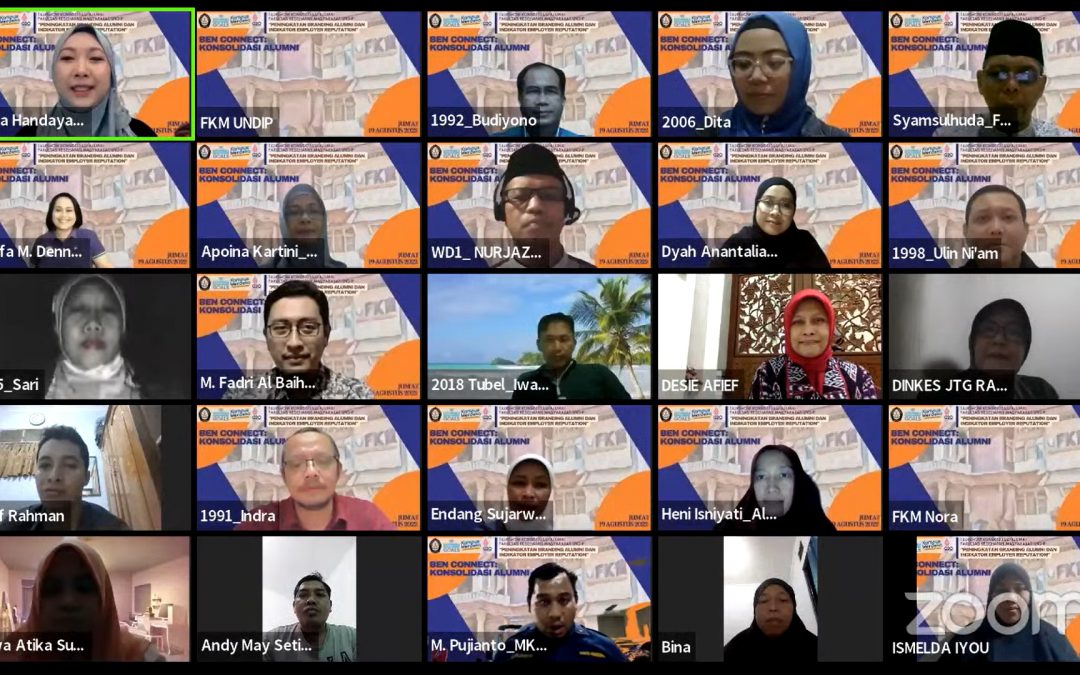 The Faculty of Public Health, Diponegoro University (FKM Undip) together with the Undip Ranking Office has held the Ben Connect Talk Show: Consolidation of FKM Undip Alumni with the theme “Improving Alumni Branding and Employer Reputation Indicators” on Friday, August 19, 2022 at 19.00 WIB online via the Zoom meeting platform.

The talk show was attended by the Dean of the FKM Undip and his staff, the Director of the Academic Directorate of Student Affairs and Alumni, the Head of the Undip Ranking Office, and the alumni of FKM Undip. The committee also invited several speakers, including the Head of the Health Office of Central Java, Yunita Dyah Suminar, S.KM., M.Sc., M.Si.; Expert Staff to the Minister for Family Development and also Acting Deputy for Community Participation at the Ministry of Women’s Empowerment and Child Protection, Indra Gunawan, S.KM., M.A.; Deputy Chair of IKA FKM Undip, Ulin Ni’am, S.KM.; Faculty Member of IPSR Mahidol University, Dyah Anantalia Widyastari, S.KM., M.Kes., Ph.D.; and Occupational Safety and Health (OSH) Specialist JAPFA, M. Fadri Al Baihaqi, S.KM., M.H. 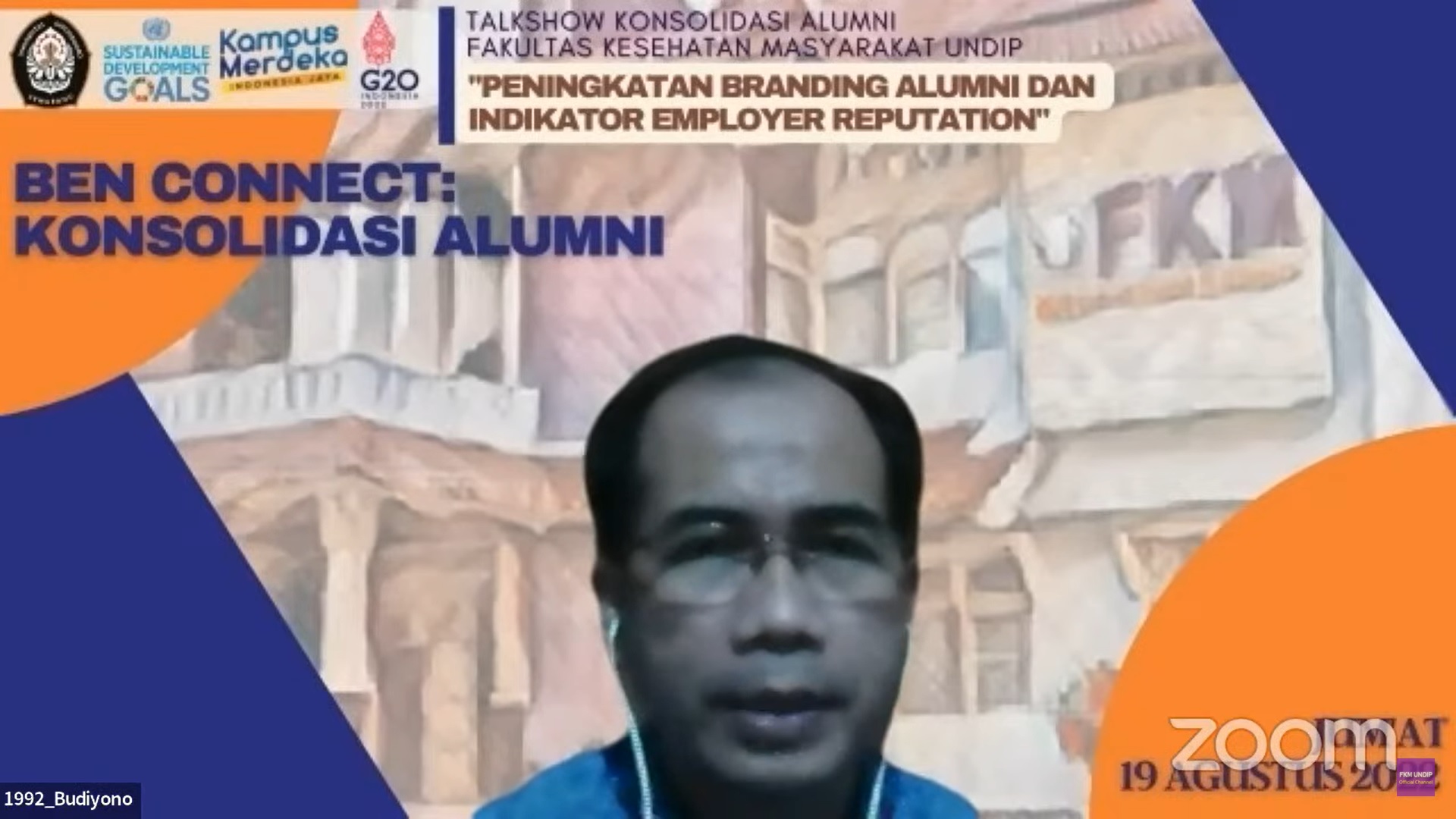 Dr. Budiyono hoped that the holding of this talk show can improve the branding of FKM Undip. “Hopefully this event can provide better branding for FKM Undip at the national and international level. It can also improve or support Undip’s ranking in various fields.” said Dr. Budiyono.

The talk show hosted by the Head of the Health Promotion and Behavioral Sciences Unit of FKM Undip, Aditya Kusumawati, S.KM., M.Kes., was followed by a presentation by the Head of the Undip Ranking Office, Prof. Dr. Denny Nugroho Sugianto, S.T., M.Si. regarding the current condition of Undip’s ranking.

In line with Dr. Budiyono, Prof. Denny revealed that the role of alumni is very important for the progress of the University towards World Class University (WCU). “Why is alumni consolidation so important, it is in order to achieve Undip’s vision. Furthermore, we will expect the role of these alumni, starting from the last 3 years, we will undergo one of the phases of WCU.” said Prof. Denny.

Thanks to the contribution of Undip alumni and the academic community, Undip is now one of the leading universities in Indonesia and the world. “Our current university is in line with the university that was ranked above us. With the contributions of alumni and the contributions of all the academic community, Undip is already on the track where we always want to show that the quality of education at Undip and the absorption of graduates from Undip are really in line with what we all hoped for. These are proven from the results assessed nationally and internationally.” concluded Prof. Denny.