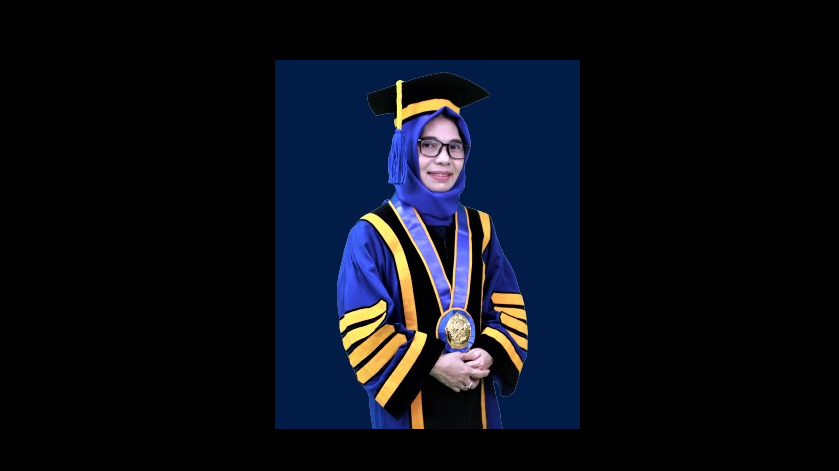 SEMARANG – Professor of Architectural Engineering, Faculty of Engineering, Diponegoro University (UNDIP), Prof. Dr. Ir. Atik Suprapti, MTA; offers a blend of digital approaches and living heritage to maintain the sustainability of Islamic architecture and cities on the north coast of Java. She conveyed this at Open Session of Undip Academic Senate which was held offline and online from Prof. Soedarto, S.H. Undip Tembalang Building, on Friday (4/6/2021).

Her 20 year journey of researching Islamic architecture and cities on the North Coast of Java noted the phenomenon of contrast changes caused by urbanization, and shifting of political and economic maps which become threats to its sustainability. Therefore, Atik, who completed her masters and doctoral studies in Urban Architecture at Undip in 1997 and 2012, offers a blend of digital approaches and living heritage as a bridge between time of past, present and future.

“The concept of Internet of Things or IoT is important to support the preservation of local values. Many researches on WebGIS (Web Geographic Information System) have been carried out, but the use of WebGIS to protect assets and culture has not been widely used,” she said at her inaugural speech as a professor entitled “Digital Approaches – Living Heritage towards the Sustainability of Architecture & Islamic Cities on the North Coast of Java”.

According to Atik, the United Nations has awarded Indonesia as one of the “super power” countries with at least 300 ethnics and cultural diversities. One of them is Islamic architecture and cities that spread on the North Coast of Java.

In the span of 6 centuries until now, the existence of works as a living heritage in the form of tangible and intangible cultures that exists in several Islamic cities such as Ampel, Gresik, Rembang, Lasem, Demak, Cirebon, Kudus and Semarang, as well as other cities that are active and developing become religious cities. Artifacts that grow are fostered by the community, are planned and developed for the next generation of the community. However, urbanization, shifting of political and economic maps pose a threat to its sustainability.

Cities in the northern coastal area of Java generally have Islamic cultural heritage such as the “Catur Sagatra” pattern which includes the palace, square, mosque, market, and surrounding settlements. In the Javanese Islamic city layout, the dominant role of “pesantren (Islamic boarding school) – Kyai (Islamic preacher) – mosque”, as well as the economic activities of people near the market and the square are the effects of living heritage.

In its development, cities with a history of Islamic heritage apart from being settlements also function as spiritual tourism objects. Therefore, Atik Suprapti, who is a lecturer of research methodology and urban design courses, hopes that the artifacts and architecture of historical heritage can be preserved using information technology for the sustainability of living heritage.

To carry out this conservation, the government must cooperate with building owners, academics, the private sector, wood craftsmen, as well as non-governmental institutions such as the Mosque, Tower and Tomb of Sunan Kudus Foundation (Yayasan Masjid, Menara, dan Makan Sunan Kudus / YM3SK). “Our cultural heritage has not been managed properly,” said the academic who was born in the City of Kretek, Kudus, in 1965.

These cities still exist and sustain with their functions, and keep growing as religious tourism destinations. The configuration of the Islamic Coastal City can be seen from the reconstruction of Demak City in the 15th century which was structured by elements of the square, palace, mosque, settlement, and market. Meanwhile, the Islamic city in rural area of Java, from the 16th-18th century AD had structural elements including palace, square, mosque, the prince palace, magersari and the market.

After Demak collapsed and the Dutch began to develop cities in the rural area, Catur Sagatra pattern was still used. This can be seen in the City of Pajang, Kotagede, Kartasura and Surakarta. The Muslim settlement in Kauman Village, Semarang, also reflects on all components of the Islamic city. The transcendental character is constructed from the aspect of time, social, economic activity and strong religious teachings that are clearly visible from time to time.

The concept of data storage in the industrial era 4.0 has changed to digital. In architectural preservation, the use of digital technology is often done by combining the documentation as a basic requirement. Now, for mapping tangible and intangible cultural assets, which is commonly called cultural mapping, it also needs to be done by combining digital mapping patterns with WebGIS-based information systems, including for the preservation of cultural heritage objects for preservation and promotion purposes.

When asked how she felt about getting the title of professor, Atik Suprapti considered it not as a personal achievement and a mere physical achievement. “Human effort is not strong. There is the blessing of Allah, the intervention of the Above. Without it, nothing would happen,” she said.

Atik also admits that the campus environment and leadership policies are important factors. In the process of achieving the highest academic degree, lecturers at Undip are assisted from the beginning. She also thanked Prof. Putu for being a mentor in the OPOC (One Professor One Candidate) Program so that the decision letter as a professor can reach her hands now. (PR team)