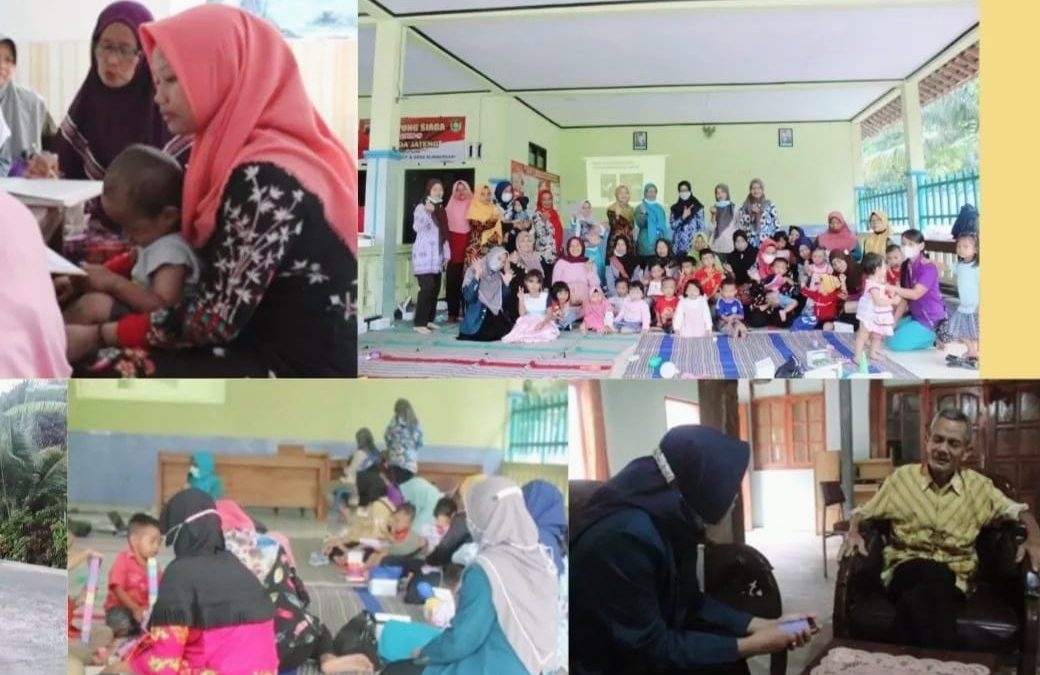 A student of Community Service Team II of Diponegoro University in 2021/2022, Radhita Alviani (Student of Social Anthropology) who was deployed at the location of Sumbersari Village, Banyuurip District, Purworejo Regency carried out a work program in the form of socialization regarding the “Study of Social Construction of Parenting Patterns for Stunting Toddlers”.

Radhita had the opportunity to be a speaker in the class for mothers and toddlers in the Sumbersari Village Hall which was attended by the target group of Stunting Mothers and Toddlers, Village Health Cadres and one doctor from Public Health Center.

In her presentation, there are several social constructions that are closely related to stunting toddlers in terms of parenting and fulfillment of child nutrition as well as the meaning of healthy/sick in toddlers. In terms of nutritional knowledge of toddlers in rural areas, for example, knowledge that their toddlers have nutritional problems can be accepted by mothers and other family members but knowledge about healthy food for their babies has not been included in the value corridor that is considered valuable by them.

Meanwhile, judging from the social construction of knowledge about stunting toddlers, there is an assumption that children who are short as long as they can carry out activities as usual are still considered healthy. The village residents lack awareness about their children who are short and malnourished, so they consider the feeding pattern to their children to be at a sufficient level.

In fact, the fulfillment of nutrition needs will be shown in appearance, which should be fulfilled with the economic condition of a well-to-do family, is not enough to prove that a good economy plays a role in the fulfillment of nutrition needs in toddlers. This is caused by inadequate nutritional intake for a long time due to parents/families who do not know and are not aware to provide food that is in accordance with the nutritional needs of their children.

The other programs of the Undip Community Service Team were conducting a multidisciplinary program of Anti-Drug Socialization at SD Sumbersari, participating in community activities as well as covering reportage of the kenduri tradition which is carried out at the Balabak Sumbersari site as video material for socio-cultural profiles and local wisdom of Sumbersari Village. (Lin – Public Relations)