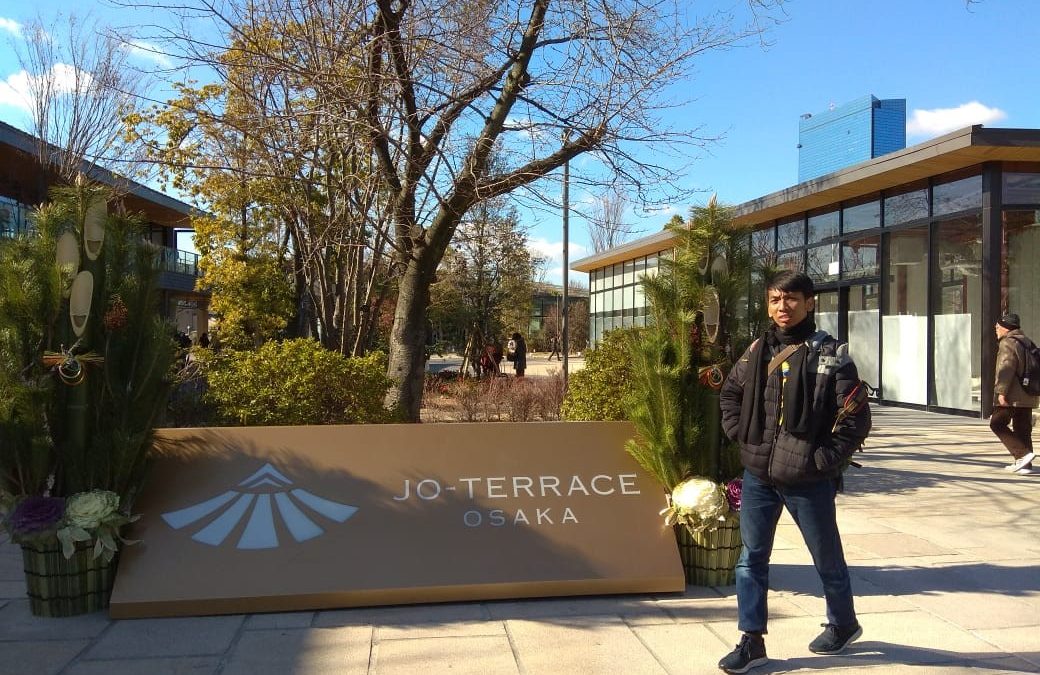 SEMARANG – Being an alumni of Japanese Language and Culture Study Program of Faculty of Humanities Diponegoro University (UNDIP) is a matter of pride and luck for Stefan Fahmi Muhammad. The knowledge and skills gained from college have opened the door to a successful career for Stefan.

The student of class of 2012 who graduated in 2016 admitted that he had gained a lot of meaningful knowledge by studying at Japanese Language and Culture Study Program of Faculty of Humanities Undip. Apart from being proficient in Japanese, Stefan also won the trust of the company where he worked to be involved in various important projects.

Shortly after graduating, Stefan started his career as a lecturer at Martani Job Training Institute, precisely in February-March 2017. On his journey, he finally joined PT. Kubota Indonesia in Semarang City as Translator Staff in March 2017 – June 2021. Meanwhile, from July 2021 until now he has been trusted by as Sparepart Development Staff.

As is known, PT. Kubota Indonesia is a prestigious international company. This Japan-based company is a pioneer in producing high-quality diesel engines in Indonesia that has been and continues to support the development of the national agricultural industry.

Since he has the advantage of mastering Japanese language and has extensive knowledge about the culture and life of the Japanese people, Stefan is trusted by his company with several assignments to Japan.

“I have gained a lot of knowledge by studying at Japanese Language and Culture Study Program of Faculty of Humanities Undip,” said Stefan Fahmi Muhammad, who is also fluent in English.

According to him, by learning the basics of linguistic and literary theories, Japanese language skills, Japanese socio-cultural and others, many skills will be obtained when graduating from college. “The skills I got from college are teaching Japanese, translating Japanese, speaking Japanese in public, and so on,” he said in an interview, on Saturday (31/7/2021).

During his college years, Stefan Fahmi Muhammad also participated in National Student Scientific Week (Pekan Ilmiah Mahasiswa Nasional / PIMNAS) in 2014 in the field of National Contest of Scientific Paper and Presentation that Annually Held in a University That Issued from The Government. Not only that, he also has a number of certificates. Among them are 3rd Winner of Japanese Speech Contest, Central Java Indonesia from State University of Semarang and Japanese Language Proficiency Test Level 2 from The Japan Foundation.

Back than he was also active in a number of activities. He actively joined Islamic Lovers Student organization since 2016 and is still until now, KHARISMA from December 2015 to December 2016, and INSANI from 2013 to 2014.

Through the organization, according to him, he got to know many people and honed the skills to able to work in a team. “Those activities made a lot of experience which is useful to be applied in work. In field of work we must be able to be a good team member to achieve best team work,” he said. (PR team)